The FBA is used to gather a lot of information from the person and other people who know the person well so that the function of the challenging behavior can be confirmed. This means that the FBA may need to be completed across different settings

Andy and his team met with staff members from Andy’s employment setting. They discovered that there weren’t many challenges at work. Andy’s job kept him busy interacting with people during the day and he really enjoys his work. Staff in the work setting said the only time there were challenges were during quiet periods when there weren’t many customers. Andy and his team summarized their findings using the visual on this page.

You can see from the visual that challenges were more likely in the afternoon, when Andy is on his own, and during unstructured time periods when people were around but not talking directly to Andy. Andy was very successful during group meetings, riding to work, and preparing dinner. 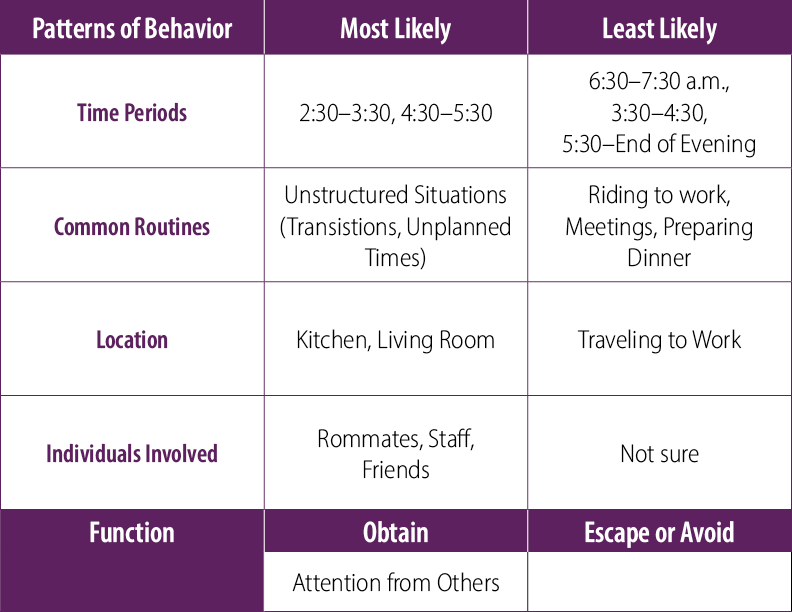 Before moving to the next page, write down what you know so far about Andy’s behavior including: