Deciding on Key Interventions Together 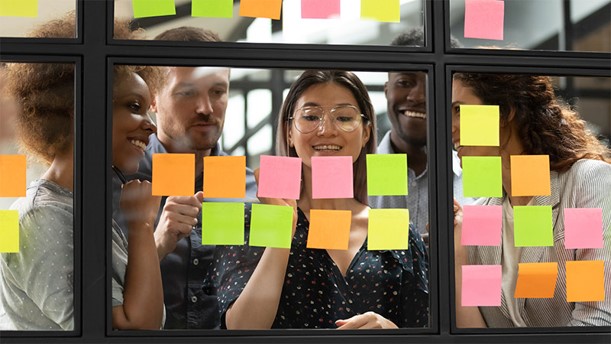 After the brainstorming session was complete, Andy and his team reviewed each of the ideas the team came up with and put a star next to each idea that they decided to include in Andy’s PBS plan.

The team agreed that no matter what happened, if Andy presented the card indicating an ”invitation to talk and spend time,” that each person would honor his request right away.

Andy also agreed that once this communication was working really well, that people could respond to the invitation card by asking him to wait for a short period of time. Together Andy and the person he wanted to talk to would set a timer on their phone so that Andy could hear when the timer went off signaling his wait time was over. At first, the time Andy needed to wait was very short but over time, Andy learned to wait for longer periods so that other people could finish what they were doing before talking to him.

Take some time now to read other strategies that Andy and the team included in the plan from the visual on this page.