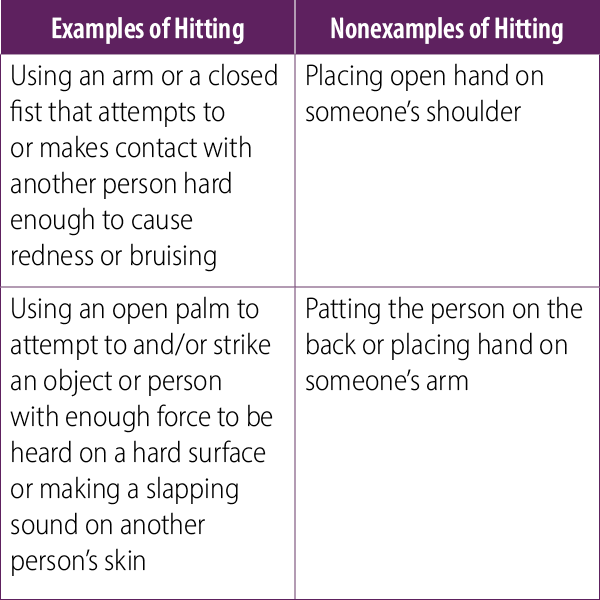 Examples of Hitting: Using an arm or a closed fist that attempts to or makes contact with another person hard enough to cause redness or bruising. Using an open palm to attempt to and/or strike an object or person with enough force to be heard on a hard surface or making a slapping sound on another person’s skin.

It is important for everyone to have a clear understanding of what the challenging behavior looks like as a first step in the FBA process. When starting the FBA process, it is common to hear statements like:

A strong definition provides the plan with a way to be clear about the challenging behavior assessed in the FBA.