Gail Wright is a parent of a man who receives support from direct support professionals. Gail lives in Schoharie, New York. She can be reached at gwright12043@yahoo.com. 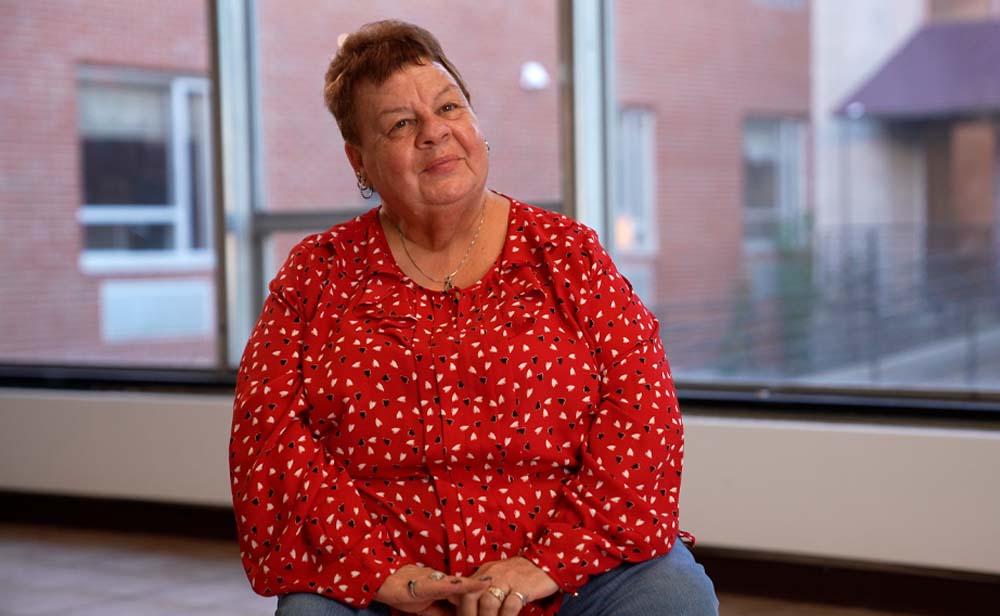 My son Shaun contracted COVID-19 in January of 2021. His symptoms were mild, but by March his health declined. He began having uncontrollable seizures, as many as 70 a day. Before this, his seizure disorder was well under control. Shaun was sent to Albany Medical Center, where he developed acute respiratory distress syndrome and was placed on a ventilator. To control his seizures, he was heavily sedated. Because he was in an unconscious state, they had to insert a PEG (Percutaneous Endoscopic Gastrostomy) tube for him to eat. And because of his fragile medical condition, Shaun was not able to have any physical therapy and became very weak. After two months, he was able to be titrated off of the sedation. He was discharged to a rehabilitation center in Schenectady. There, he did not show much progress with physical therapy and for billing purposes needed to be discharged to a different facility. They wanted to put him into a rehabilitation center in Poughkeepsie, which is over an hour’s drive for my husband and me. I strongly advocated for some place closer to us. That’s how Shaun came to be at Foltsbrook Center for Nursing and Rehabilitation in Herkimer, New York, where he was been for over six months.

Because Shaun was out of his group home for an extended period of time, he was discharged from his home. He had lived there for 30 years. Now he is essentially homeless, except for the Foltsbrook Center. This has been a really difficult time for me, my husband, and especially Shaun. We’re actively involved parents. We want to be able to visit and be in our son’s life.

Prior to COVID-19, Shaun was able to walk and would come home for visits every other weekend.

Everything is different now. My life has changed, and Shaun’s life, as he knew it, has changed. I think he has the potential to walk, but unfortunately right now that’s not the case. Unless Shaun can get active physical therapy in his next residence, he will not be able to come home for visits. Our house is not accessible. He will be unable to do many other things he enjoys in the community.

Shaun has a purpose in life. We were so close to losing him that my husband and I made funeral arrangements. As a parent, you never want to think that your children are going to go before you.

Shaun has a purpose in life. He’s very special and he’s here for a reason. He has come through circumstances that I never thought possible. He has somehow made it through to the other side. We were so close to losing him that my husband and I made funeral arrangements. As a parent, you never want to think that your children are going to go before you. This was the most difficult time of my life.

Right now, my biggest hope is to get Shaun out of the rehabilitation center and into an actual home, where people can get to know how wonderful and amazing he is. My hope is that he can live in a place where he can continue to learn and grow and live his best life. I hope Shaun can resume living in a home that offers physical therapy so he can walk again and have his life back the way it was before COVID-19.

Going into a different group home with unfamiliar staff will be difficult for Shaun. He has autism and needs consistency in his life, but I know that he can do it. He is a very loving person and attaches easily to staff he trusts. Shaun understands a lot. His receptive language is really good, even though he cannot verbalize all the time. He lets you know what he wants or doesn’t want. Shaun is perceptive and forms strong bonds with those who support him. Wherever he goes, I know the staff will love him like I love him.

If you work with people with developmental disabilities, please get vaccinated. This population is the most vulnerable to COVID-19, and I say this as a mother and as a nurse who has worked in the field of disabilities for 33 years. COVID-19 will be here for a while, and we must do all we can to protect ourselves and those who are most vulnerable.