Sara Madaris is a Registered Nurse/Supervisor, Picayune, MS. She can be reached at Sara.Madaris@saintfrancisministries.org. 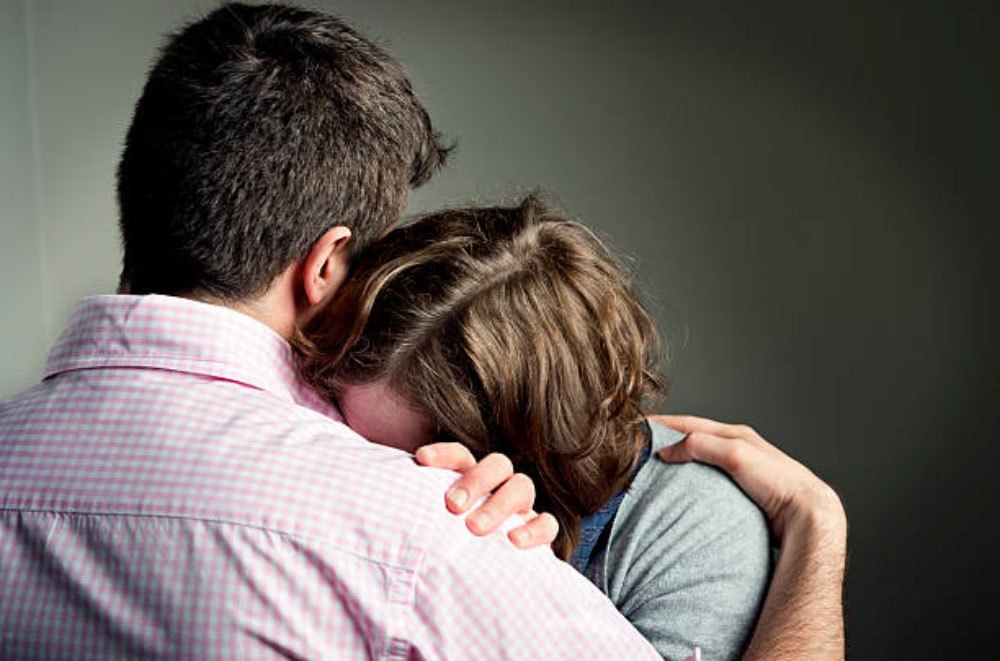 Bridgeway is a 24-unit apartment complex. Each apartment is a fully equipped, one-bedroom, one-bathroom unit. Currently, 23 people live at Bridgeway and maintain their own apartments. Like most apartment complexes, we have some folks who get along and some who don’t. Some have formed relationships with others at the apartments (friendships and romantic relationships), while others are less social. We have 29 “home trainers” or direct support professionals (DSPs) on staff to assist with daily living skills. They are available 24-hours-a-day, as they are needed by each individual living here.

Luke and our Bridgeway family

After two years of working here, the one thing I know for sure is that we are a family. The staff, the residents… we’re all one big (occasionally dysfunctional) family. On July 22, 2021, one person who lives at Bridgeway was diagnosed with COVID-19. His was only our second case since the start of the pandemic. “Luke” was 39 and turned 40 on the 28th of July. Luke wasn’t a complainer. You wouldn’t have known he was feeling sick by his actions that day. He was determined to go to work. He refused to go to the doctor. At that time, his temperature was around 102 degrees. He agreed to sit in the rocking chair next to me so we could talk about what was going on. I quickly realized that he would not go to the doctor out of any concern for himself. From Luke’s perspective, men don’t complain, and they don’t get sick. I changed tactics. It took reminding Luke that my whole job is to make sure that he is taken care of. I told him that I love him, and to please go to the doctor so I could know that he was okay. Even that took a good 20 minutes of discussion before he agreed. He just kept saying, “I know you care about me, Sara Anne, I get it.” So eventually he went. Trust me when I say that quarantine was NOT something he looked forward to. Luke was Mr. Personality. He never met a stranger. He loved his family.

When we started learning about COVID-19 and what precautions we should take, we quickly realized that we were going to have to get the people who live at Bridgeport used to wearing masks. To be honest, we were pessimistic on how to pull that off. Deviating from their typical routines and giving an extra (uncomfortable) task to complete is never fun, especially when it’s impossible to say how long they would have to do this. But, for the most part, everyone did well with it. Except for Luke. He hated wearing a mask. He was angry about it at first. But I looked up one day and saw Luke walking down the sidewalk wearing… a mask? Luke was a huge Power Rangers fan. The person I saw walking towards me was unmistakably Luke in his red Power Ranger mask. And when I asked him what he was doing he said, very matter-of-factly, “I’m fighting coronavirus, Sara Anne.” Well, duh! How could I have missed that? From then on, Luke got a lot better about wearing his mask.

To say that we (staff and residents) were devastated is probably the understatement of the year.

The morning of July 30th, Lindsay, a DSP who worked closely with Luke, went to check on him and take him his morning medicines. Lindsay and Luke were very close. Lindsay called him “Lukey Bear.” He would never fail to say, “I ain’t no bear, Lindsay. I hate bears!” And though a lot of their relationship appeared joking and light-hearted, Lindsay also had a way of convincing Luke to do what was needed when other people couldn’t, like bathing and drinking the whole bottle of water when he took his medicine. When she went to his apartment and saw his blinds closed, she “just knew something was wrong. Luke never kept his blinds closed during the day like that.” He didn’t come to the door, so she let herself in. She found Luke laying across his bed unresponsive. His parents were called, 911 was called, and ultimately so were the coroner and the funeral home. Lindsay and I repositioned him. We cleaned him up and closed his eyes. Lindsay prayed over him while we waited for his parents to come in. To say that we (staff and residents) were devastated is probably the understatement of the year. Luke was everyone’s friend. He always had a smile and a “hello dah-ling” for everyone he saw whether he knew them or not.

The following Monday, Earl “The Pearl,” another resident and good friend of Luke’s, started having symptoms of COVID. By Tuesday morning, he had a diagnosis. Earl also didn’t initially want to go to the doctor. He was only willing to go if I would take him. I wasn’t able to take Earl that day because of work obligations, but I was able to contact his sister, and he was happy to go with her. By Tuesday afternoon, another resident named Cassie was also showing symptoms. Cassie is in her 40s and Earl was 80 years old, both with comorbidities. We checked their vitals every two hours even though we aren’t a medical facility. We dressed in personal protective equipment (PPE) from head to toe to try to control the spread when we provided support.

Lindsay (or “Pest”, as Earl called her) was the staff assigned to Earl. It wasn’t planned that way, but God seems to put people where they need to be. Lindsay had walked in to check on Earl after lunch. She knew immediately that something, “just wasn’t right. His color was gray, and he was so confused, like he just needed me right there with him to reassure him.” On Friday afternoon, we took Earl to the hospital with symptoms of a heart attack. By Saturday, a fourth person who we support at Bridgeway apartments was diagnosed with COVID-19. And by Monday morning, we had lost Earl.

What previously felt like a hole now felt like a chasm. We were losing our family. Now our staff were testing positive for COVID-19 on what felt like a daily basis. At one point, we were down one third of our staff. Few staff had received their vaccinations at that time. Since then, a majority of our staff who are able to get vaccinated are now vaccinated. At times, the emotional stress on top of the physical stress we faced here every day felt insurmountable. There were times when tempers flared, and people disagreed. However, not one staff member left. As a matter of fact, despite the occasional tense moments that stress naturally brings, staff came together like never before. They comforted each other, and our residents, daily. Sometimes even hour to hour in the first few days. There were very few complaints from staff. There was fear, of course. We tried to respect those feelings as best we could while still providing support to residents. 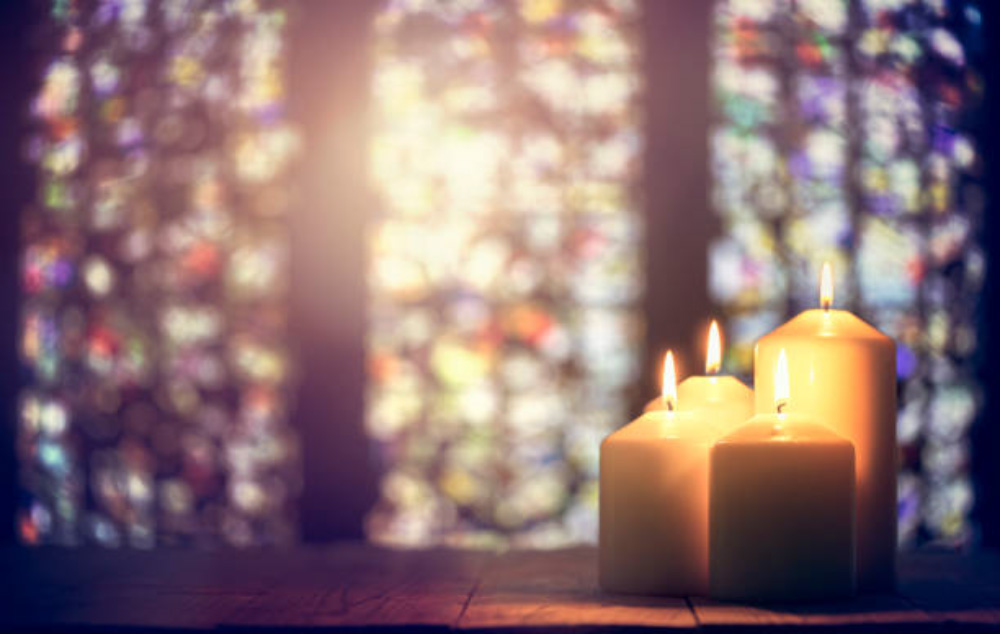 I’ve been asked about what resources we used to help staff and residents cope. We have reminisced together, laughed and cryed. We remember Luke. We remember how Earl was generous and funny. We remember what a fantastic bowler he was. Every day, before each staff member would leave, he would tell everyone he saw to be careful going home. He called me (and several others) his “beautiful lady.” Luke and Earl were the epitome of sweetness—funny and smart.

We have reminisced together, laughing and crying. We remember Luke. We remember how Earl was generous and funny.

Because the COVID-19 numbers were so high amongst our residents and staff, we weren’t able to attend Luke’s service at his church. We had a memorial for Luke here at his home. His Bridgeway family had our own service for Luke. We included in the service his Buddy Ball jersey and a huge a picture of him. Some residents sang, “Old Rugged Cross” and “Amazing Grace.” I read a scripture and offered some words of encouragement. Another staff member prayed. We grieved and celebrated together. We had all of Luke’s favorite foods for lunch that day: brisket, baked beans, potato salad, and banana pudding.

We delayed in celebrating Earl. His sister and brother-in-law also contracted COVID-19. His brother-in-law, unfortunately, did not make it. His sister recovered and once she did, we had a small service at Bridgeway with her. Earl loved a seafood platter, so one of his friends sponsored a fish fry with all the fixins’ in memory of Earl. To honor Earl, we signed his “Earl the Pearl” bowling jersey, played Elvis music, and had a large picture of Earl in a service similar to Luke’s service.

We help each other carry on

I truly believe we will look back on this time that has felt so difficult (and sometimes just felt terrible) and be able to see the silver lining. We have stuck together through the worst scenarios imaginable. We have a renewed appreciation for each other and these residents. And, I think, the residents have a greater appreciation for the staff who stood by them and loved them through tremendous loss. That’s what family does. We help each other carry on, even when we feel like we don’t have anything left to give. We give to each other. We somehow find a bit of restoration in those moments.