How has COVID-19 Affected the DSP Workforce?
Highlights and recommendations from the Direct Support Workforce and COVID-19 study

Jerry Smith is the Director of Marketing and Communications at the Institute on Community Integration. He may be reached at smith495@umn.edu.

Julie Kramme is a Research Fellow at the Institute on Community Integration and Co-Editor of Frontline Initiative. She may be reached at dahl0488@umn.edu. 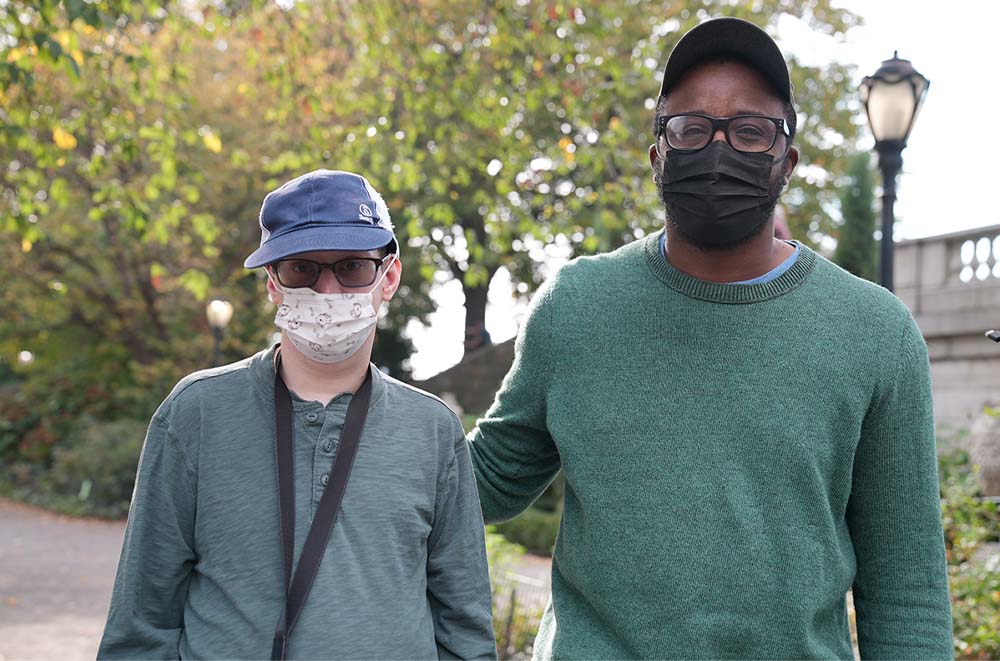 This article is adapted from three reports published by the Institute on Community Integration in partnership with the National Alliance for Direct Support Professionals. These can be accessed at ici.umn.edu/covid19-survey.

In March 2020, many businesses, schools, and organizations across the United States supporting individuals with intellectual and developmental disabilities (IDD) closed their doors or changed how they operated because of the COVID-19 pandemic. Nearly all direct support professionals (DSPs) continued to work but in different ways or different places. DSPs are interdisciplinary professionals who provide complex and essential supports to individuals with IDD, making community inclusion a reality. Increasingly, stories emerged of the significant challenges in providing supports safely to individuals with IDD during the pandemic. Staff from the University of Minnesota’s Institute on Community Integration and the National Alliance for Direct Support Professionals knew it was important to hear directly from DSPs and frontline supervisors about their experiences. In response, we developed a series of three surveys that were completed by over 18,000 respondents from across the country. The findings from these surveys provide critical information about DSP experiences during the COVID-19 pandemic. As a result, DSP experiences are informing effective policy and practice decisions about what is needed. These findings help better prepare for potential future waves of this or other pandemics.

The initial survey was launched in April 2020, one month after a national emergency was declared. DSPs across the country reported working more hours due to COVID-19, but few were paid higher hourly rates to compensate for the added health risks of the pandemic.

More than half of those surveyed said they were working more hours, including 25% who reported working more than 16 extra hours per week compared with their pre-pandemic schedules. Nearly three-quarters were the primary wage earners in their household, with an average wage of $13.63 per hour before the start of the pandemic. This wage is higher than the national average of $12 per hour due to the tenure of those who completed the survey; 66% worked in their jobs for three years or more.

Many said they knew a DSP personally who left the profession after the pandemic started. Among the 42 percent who knew someone who left, 35% said the reason was fear of becoming infected and one-quarter said a lack of childcare.  Stress was also a factor. As one DSP noted, "I feel that staff need some professional mental support dealing with the COVID -19 pandemic and worrying about their families and working in these conditions are very stressful and staff are feeling burned out.”

Findings from the initial report underscored the need for higher wages, credentialing programs, and funded protection measures for ongoing and future waves of the pandemic. DSPs must be universally recognized as essential workers and have access to protective equipment to do their jobs.

The second survey: Exposure and inequities

Findings from the six-month follow-up survey, launched in November 2020, again underscored a number of systemic problems in the direct support workforce and the need for policymakers at the state and federal levels to take action. Nearly half (47%) said they had been exposed to COVID-19 at work. Exposure was higher in congregate facilities than in individual or family homes.

The direct support workforce has been in crisis for years. The pandemic has made staffing more difficult and increased the stress, expectations, and risk on those who remain in their positions. Similar to the initial survey results, 97% percent of respondents at six months self-identified as essential workers, but only 30% received salary augmentations. More than half (54%) indicated their work-life was getting worse or much worse and 38% reported it was the same. The second survey also revealed that Black/African American DSPs were paid less per hour than white DSPs, and a higher percentage of Black/African American DSPs worked 40 or more additional hours per week. These inequities must be further explored and resolved. One DSP observed, “Poor wages and increased risks with COVID caused staff to quit. Staff shortages leads to less staff doing a ton of extra overtime, ... Many of the staff are looking for other jobs and it is absolutely terrible for the individuals I support. It’s nearly impossible to balance this work with family and trying to raise a kid who has ADHD and is in a hybrid learning model."

Nineteen percent of respondents reported they had been diagnosed with COVID-19 and 8% were not diagnosed but suspected they had it. Only 7% of DSPs reported that their employers required their direct support workers to get vaccinated and 93% did not. Twenty-four percent of DSPs reported that their employers offered a financial incentive to get vaccinated and 76% did not. This is concerning as people with IDD are at the greatest risk of any categorical group of becoming sick and dying from COVID-19. As essential workers, DSPs have an obligation to keep themselves and the people they support healthy and safe.

In addition to the many challenges experienced by direct support workers, some level of positive change was noted. "One year post-pandemic, the most significant positive change in my work life is knowing the commitment my job has to ensure overall health and safety."

Many of the concerns with following safety protocols and having enough personal protective equipment noted in the initial survey were largely resolved by the 12-month survey, though 20% reported they had to pay for it out of pocket. One DSP noted, “The most significant positive change in my work life is knowing the commitment my job has to ensure overall health and safety.” A growing concern, however, was lack of workers. In a field already suffering from high turnover and vacancy rates, agencies were even more short-staffed during the pandemic. “We have to work extra, or have extra clients added to our group, and that is too much to handle. It is overwhelming and unsafe.”

Thirty-five percent of respondents reported their work-life balance was worse or much worse since the beginning of the pandemic. For the people with disabilities they supported, the consequence of isolation remained significant. Seventy-three percent of DSPs reported that people they support missed going out into the community, 48% experienced increased behavior issues, 49% experienced more anxiety, and 68% experienced boredom.

The COVID-19 pandemic has underscored the fragility of the direct support workforce. The challenges of high turnover, high vacancies, low wages, and the effects these challenges have on the lives of people with IDD, must be addressed through significant policy change. As the pandemic enters its fifth wave, we have the following recommendations:

Additional recommendations, including what is needed for people with IDD, can be found in the full report.