What IPSE Did for Me

Kenneth Kelty completed the Western Carolina UP program and is now a motivational speaker and self-advocate who serves on the editorial board of the Journal of Inclusive Postsecondary Education. 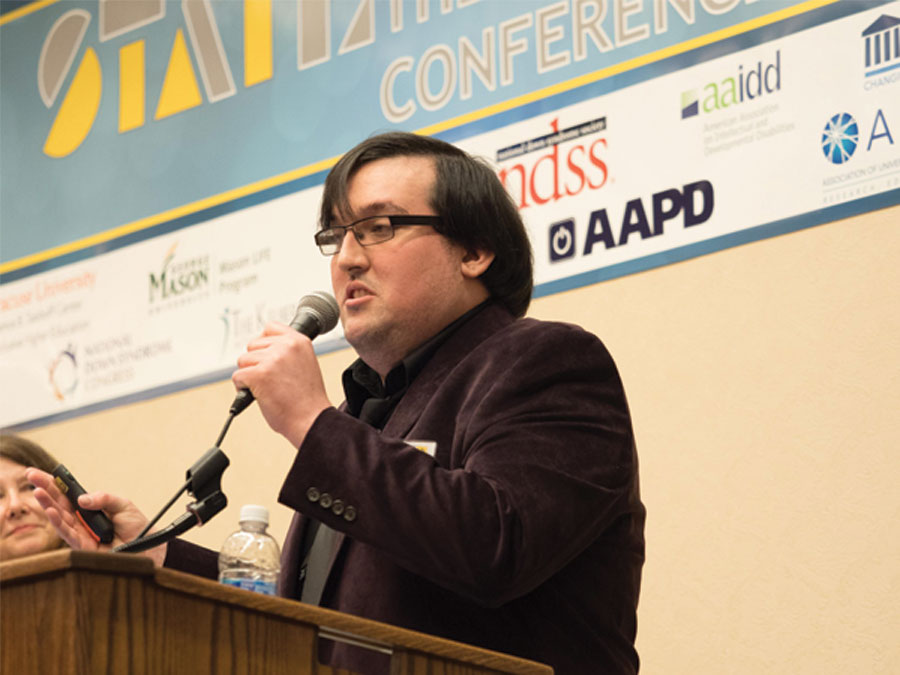 Kelty accepts an advocacy award in 2017.

When I was young, my family was told I would never talk and to not have high expectations. But my family and I set high expectations and wanted meaningful experiences. When I was a safety patrol in the fifth grade, I wanted to go to Washington, D.C. as part of the program, but my school was not going to allow me to go due to my intellectual and developmental disabilities. After my mom and I advocated, I went on the trip with my friends.

Going to college was never discussed as an option for me in middle or high school. After graduating from high school, I was in a traditional compensatory education program at Wake Tech Community College, but there was not much opportunity for me. I left for medical surgery and did not go back. After some research, my mom was able to learn about Think College, where she found the Western Carolina University UP Program, a 2-year inclusive post-secondary education program for students with IDD.

I bloomed academically and socially there. Before going to WCU, I never would have imagined being asked by Kelly Kelley or Seb Prohn to present at conferences. Doing participatory research to see how WCU could become more inclusive sparked my interest in doing photo journalism and media.

After graduating, I began working for The Arc of The Triangle in Wake County and was also recruited to be a self-advocate trainee in a graduate-level leadership program, LEND (Leadership Education in Neurodevelopmental and Related Disorders). While in LEND I learned more about professional advocacy work and was invited to become a fellow in The Maternal Child Health Bureau Leadership Program.

I am now an award-winning motivational speaker and disability advocate. I won the Laura Lee Self-Advocate Leadership Award in 2017 and 2018, I won the CIDD Impact Award.

I recently began a podcast series called Exceeding Expectations with Kenneth Kelty. I interview professionals and people with disabilities who are making a difference in the IDD community.