Revisiting Katrina:
The Critical Role of Support Professionals In Disaster

James LeBlanc served as president and chief executive officer of Volunteers of America Southeast Louisiana from 1992 through 2020. He may be reached at jleblanc4g@gmail.com.

Jerry Smith is the marketing and business development manager for the Institute on Community Integration, University of Minnesota. He may be reached at smith495@umn.edu. 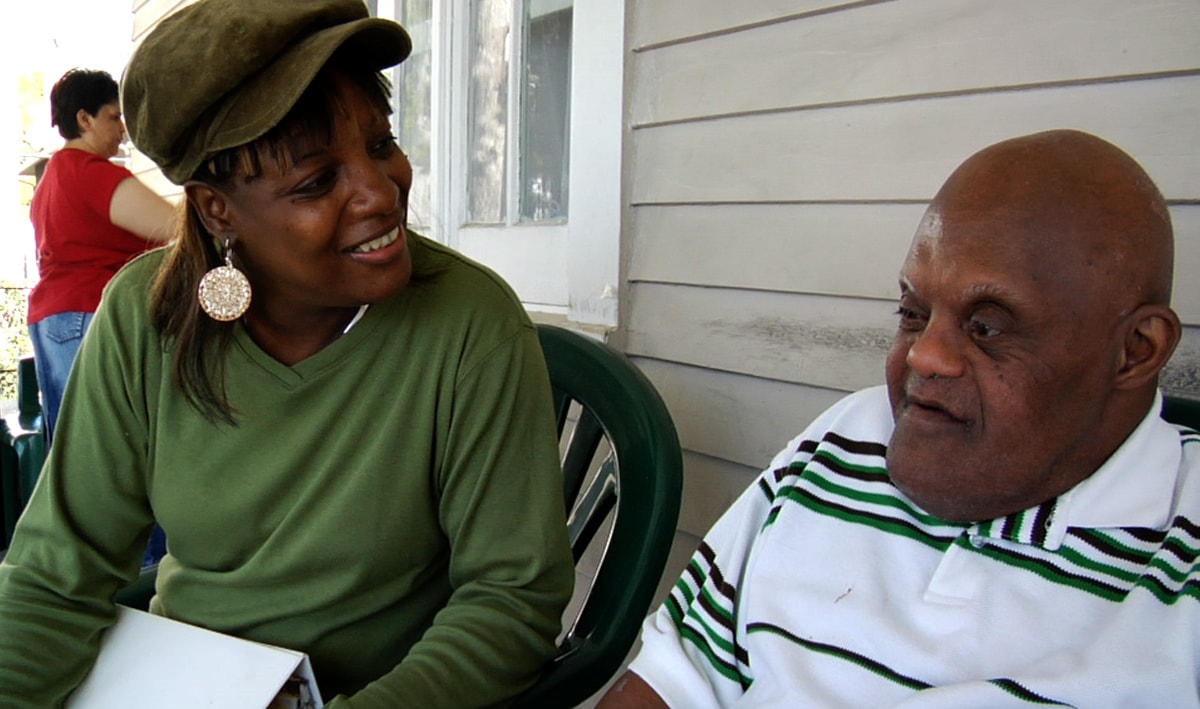 DSP Deborah Anderson and “Papa” appeared in a documentary film about the dedication of DSPs during and after major hurricanes.

Tropical storms and hurricanes are not unusual in Louisiana. When Hurricane Katrina formed over the Atlantic Ocean on August 23, 2005 and headed toward the Gulf Coast, human services agencies followed established protocols and prepared to evacuate the city. For Volunteers of America Southeast Louisiana, this meant packing supplies like food, clothes, and medications for a three-day stay in Texas. When the hurricane struck on August 29, the storm and ensuing flood affected every direct support professional (DSP) in New Orleans and all of the people with disabilities who received their services. A common refrain was, “We didn’t think it was going to be as bad as it was. We weren't ready for a storm of that magnitude.”

VOA serves more than 63,000 people annually in southeast Louisiana across a range of human services, including support for children, families, seniors, and individuals with intellectual and developmental disabilities. Because of good emergency planning, all of the people with disabilities supported by VOA made it out of the city safely. (An estimated 90,000 people were still in New Orleans when the hurricane made landfall.)

After staying in hotels for the three days they had reserved, many people had to leave because all hotels and available apartments were taken by others evacuating New Orleans. As with previous evacuations, people thought they would be returning home after three days, but this was not the case. Most DSPs who evacuated with people they supported worked 24-hour shifts, seven days a week for weeks, or, for some, months at a time. Working in direct support under normal circumstances is demanding; weeks after evacuating New Orleans, the added stress of nonstop work and personal loss took its toll in a number of ways. 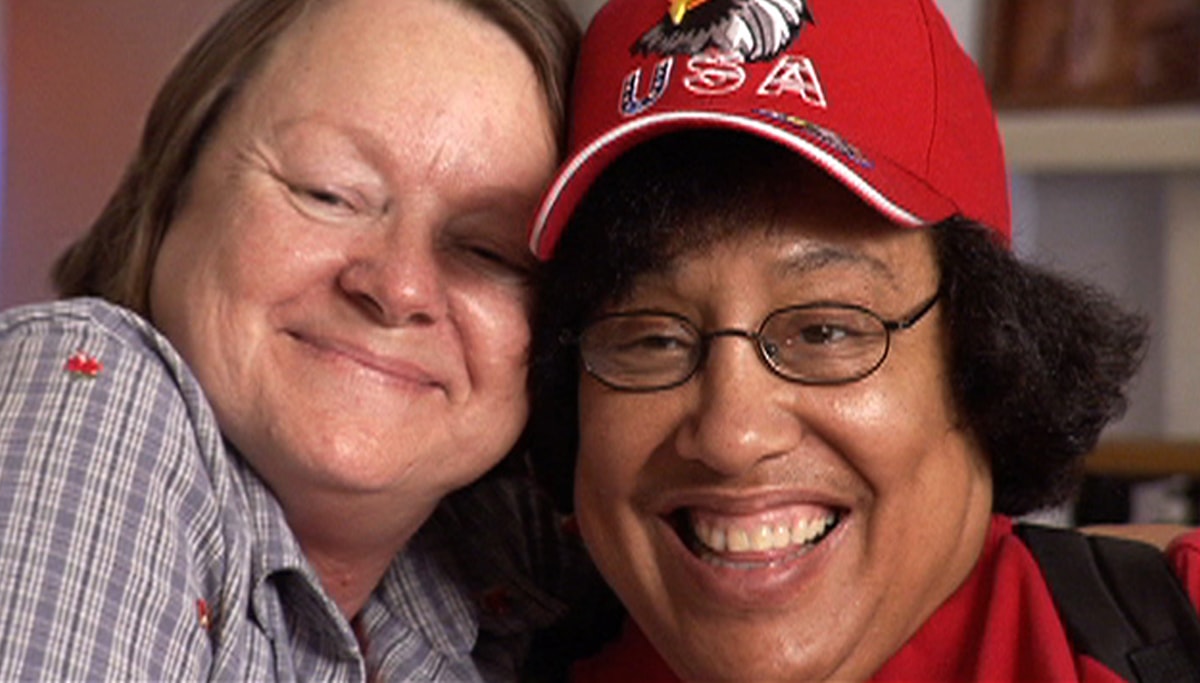 DSP Brosla Sims and Debbie Batty appeared in a documentary film about the dedication of DSPs during and after major hurricanes.

Supporting people during the ongoing evacuation, as well as supporting family members, created new financial burdens for DSPs. Many used personal credit cards and spent their savings taking care of the people they supported. At this time everyone was hurting. Community and family ties were strained and the people whose very job was to provide support were now those in need of support. But they persisted.

As the flood waters receded, people slowly returned to New Orleans. The devastation they witnessed was shocking: 80% of the landmass was underwater for three weeks, destroying homes and neighborhoods. More than 1,700 people died as a result of Hurricanes Katrina and Rita, many of whom were poor, elderly, and with some level of disability. Many did not return to New Orleans, in part because of a housing shortage. One couple, both DSPs with VOA, who had paid $750 per month for a three-bedroom apartment for their family, were now facing rent of $2,800. Other DSPs lived in their cars, others drove long distances to get to work, and most worked a lot of overtime. Many still had to make mortgage and insurance payments on homes and automobiles destroyed by the storm.

For many, this was more than a job; it was a calling.

Then as now, DSPs can often make more money working for a retail business than they can make working with people with developmental disabilities and their families. Fast food restaurants were offering $2 to $3 more per hour than what most DSPs were earning, and they were offering signing bonuses. The organization’s leadership was extremely grateful to those who remained in direct support, but they were also curious about why DSPs did not leave, given the financial hardships they experienced. Despite long hours, low pay, and tremendous stress and trauma, DSPs continued to provide support services during and after the storms, often not knowing the fate of their own families. For months, these dedicated women and men put others before themselves, providing care and support with improvised resources. In 2006, the organization contracted with the University of Minnesota’s Institute on Community Integration to investigate the question of why DSPs stayed on the job. Following months of interviews with DSPs, managers, and people receiving supports and their families, a research brief and documentary film were produced. They explained that at the heart of this dedication was deep concern for and commitment to those they supported. DSPs liked, felt appreciated by, and felt needed by the people with disabilities they supported. For many, this was more than a job; it was a calling.

Surviving Hurricane Katrina reinforced how capable and valuable direct support professionals are. In the case of an evacuation, they are also clearly professional healthcare workers. Yet those who are officially recognized as healthcare workers – nurses, medical assistants, therapists, to name just a few – have jobs that are better known and understood, and more highly regarded, than DSPs. Within organizations, we can do much more to celebrate and honor them, but we must also promote the awareness of DSPs as essential healthcare workers. During the COVID-19 pandemic, VOA staff members placed approximately 300 yard signs in the front yards of DSPs that read, "A FRONTLINE WORKER LIVES HERE.”

Since Katrina, Volunteers of America Southeast Louisiana has honored direct support professionals with a DSP of the Year award and nominated the selected DSP for national awards. One such DSP was named national DSP of the Year by the American Network of Community Options and Resources (ANCOR).

Communication was a problem as people evacuated the city for weeks and months, losing contact with families and coworkers. Because of this, VOA established a robust communications system to keep staff connected and informed. A 1-800 phone line made it easy for staff members to get updates from management and their supervisors. In the last two years, the organization utilized Regroup software, a mass notification system that sends emails and texts to all 550 employees at once. Managers can communicate with all staff or with subgroups, which has been extremely helpful during the pandemic. 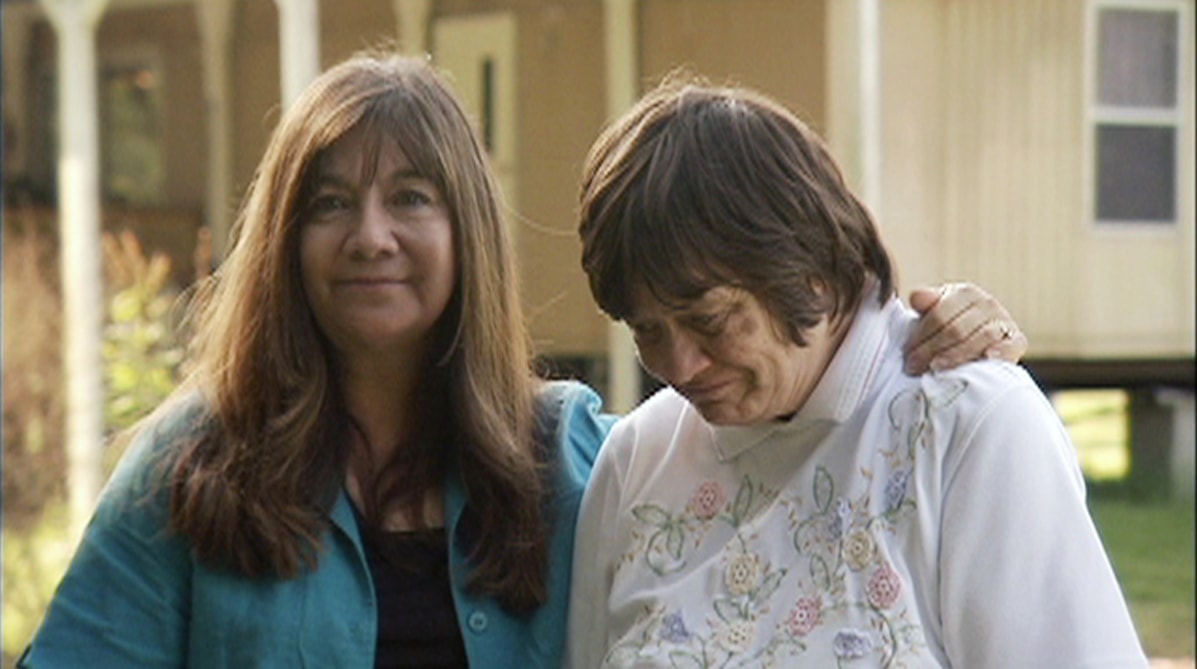 Implementing a policy of direct deposit paychecks for employees into bank accounts after Katrina was needed, because the breakdown in the mail and banking systems in New Orleans and surrounding areas made accessing pay very difficult. The organization lacked the financial resources to provide hazard pay following Katrina, but for several months in 2020 it was able to offer appreciation pay of an extra $3 per hour for all frontline workers, acknowledging the sacrifices DSPs were making during the pandemic. Human services agencies across the country must advocate for a dedicated funding stream and at least a livable wage to recognize DSPs as essential healthcare workers.

The need for more robust staff training in crisis management became evident as well, as DSPs found themselves improvising solutions as they arose. In 2020, using an array of training modules provided through Relias, the organization began developing training videos that focused on specific issues faced by DSPs and the people they supported.

The need for mental health supports for the people receiving services was magnified during and following Katrina. With all the turmoil surrounding their lives and their routines, mental health became a very troubling problem for so many of the people supported. Creating normalcy, familiarity, and stability at this time was essential to their wellbeing.

The need for securing long-term accommodations during an evacuation, and access to relief staff, became apparent during Katrina. In response, the organization strengthened working relationships with the other Volunteers of America affiliates in Louisiana to be able to call upon each other in the event of emergencies or catastrophic conditions. Policies and practices were also updated to reflect the potential for longer stays. Contracts were established with out-of-state businesses for accommodations and food service for both short-term and, if necessary, long-term evacuations.

When the flood waters receded and it was safe to return to New Orleans, DSP Phalon Cornist noted optimistically that, “Before Katrina, it was a city divided by class and race. Since Katrina, we can build a better future.” There have been improvements to celebrate in New Orleans – a stronger school system, a higher percentage of adults 25 years and older with a college degree, a slightly lower poverty rate – but many challenges remain. The median gross rent in inflation-adjusted dollars in Orleans parish went from $758 in 2004 to $1010 in 2019, a 33% increase. This has been one of the most difficult issues in the post-Katrina New Orleans economy. And the median income for Black households is about 20% less than Black households nationally, in a city where African Americans represented 59% of the population in 2019. Louisiana does not have a minimum wage and defaults to the federal minimum of $7.25. VOA raised its starting salary for DSPs to a minimum of $10 per hour, a positive trend, but there is still a long way to go in making New Orleans a livable city for direct support professionals.

Higher Ground (film): The Dedication of Direct Support Professionals During and After Hurricanes Katrina and Rita

| This 45-minute documentary film tells the stories of some of the heroic Direct Support Professionals from New Orleans who, despite long hours, low pay, and tremendous stress and trauma, continued to provide support services during and after the storms while often not knowing the fate of their own families.

The Institute on Community Integration’s Research and Training Center on Community Living for Persons with intellectual and Developmental Disabilities at the University of Minnesota, in partnership with the National Alliance for Direct Support Professionals, conducted a survey of approximately 9,000 direct support professionals (DSPs) from across the country about their experiences supporting people with intellectual and developmental disabilities during the COVID-19 pandemic. DSPs are interdisciplinary professionals who provide complex and essential supports to individuals with IDD, making community inclusion a reality

The direct support workforce has been overlooked and in crisis for years, with high turnover and vacancy rates, low wages, and lack of access to affordable benefits. The pandemic has made staffing more difficult and increased the stress, expectations, and risk on those who remain in their positions. More than half (54%) indicated their work life is getting worse. DSPs also reported that a significant number of the people with disabilities they supported experienced depression, behavior issues, and loneliness.

“These findings underscore a number of systemic problems regarding the direct support workforce that provides services and supports for people with intellectual and developmental disabilities. These cannot be ignored any longer. Policy makers at the federal and state levels must take action, now,” said Dr. Amy Hewitt, director of the Institute on Community Integration’s Research and Training Center on Community Living and a lead investigator on the study. “High turnover, high vacancies, and low wages have devastating effects on these professionals and subsequently on people with intellectual and developmental disabilities. And the equity issues identified for Black/African American DSPs with regard to wage equity must be further explored and resolved.”

Read the full report, select state-specific versions, and recommendations for what is needed moving forward.