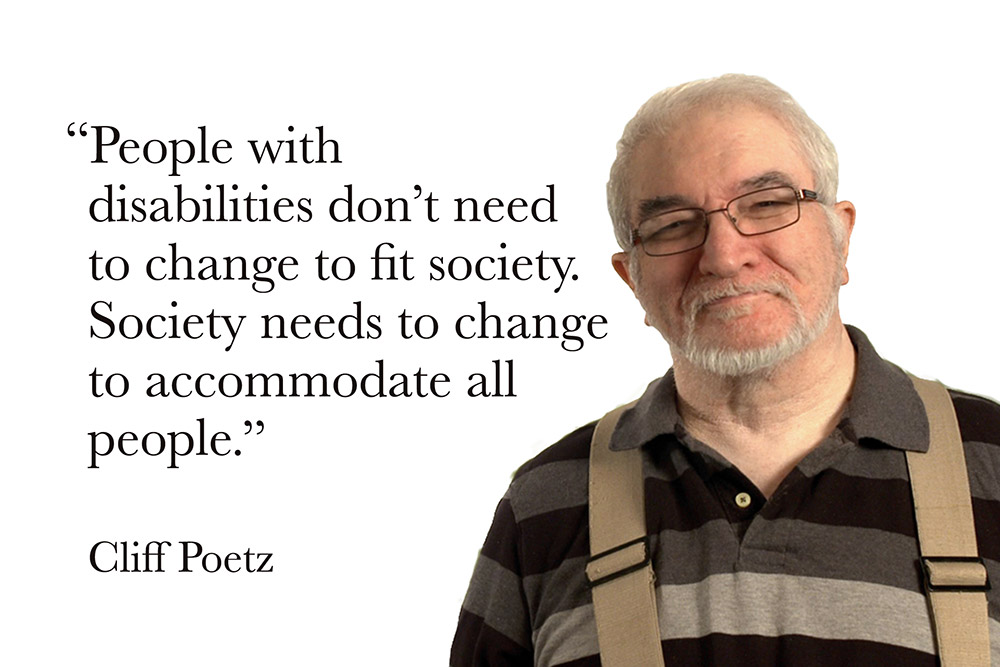 The disability community lost an iconic champion on March 25, 2021, with the passing of Cliff Poetz. Cliff was a groundbreaker and pathfinder in the inclusion and empowerment of persons with intellectual and developmental disabilities for more than 50 years and one of the very first active self-advocates in the nation. In 1973, he was the first person ever with a developmental disability ever to be called to testify before a U.S. Senate subcommittee on disability policy. He was one of the very few people to receive the Joseph P. Kennedy Foundation Self-Empowerment Award. He was among the founders of Remembering With Dignity, a project that provides proper headstones in cemeteries at state institutions in place of numbered grave markers. In 2017, Cliff received the Leadership in Advocacy Award from the Association of University Centers on Disability. He served as co-president of the National Alliance for Direct Support Professionals in the mid-2000s and was passionate about the need for recognition, respect, and higher pay for DSPs. And the list goes on. Since 2001, Cliff worked as a community liaison with the University of Minnesota’s Institute on Community Integration. As a friend and colleague succinctly expressed, Cliff’s life was “lived fully, daringly, effectively, and happily.”

Thank you, Cliff, for the paths you forged and the dreams you inspired.