When a Winter Storm Hit Texas

Dave Thomas is a senior writer for the Health and Specialty Care System in Austin, Texas. Dave can be reached at Dave.Thomas@hhs.texas.gov. 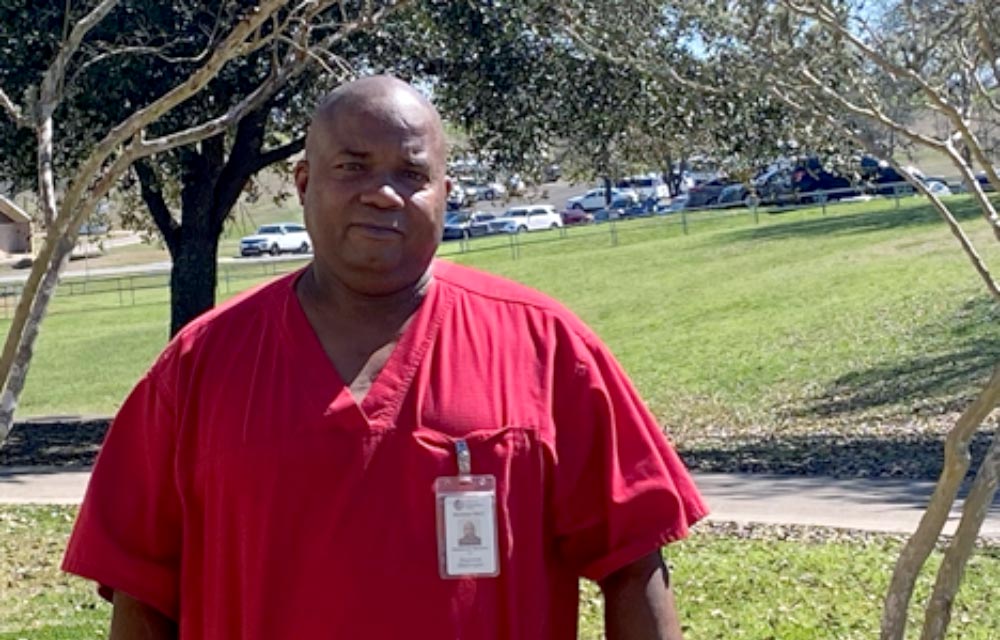 Raymond Washington has worked for the Brenham State Supported Living Center for 12 years.

With a historic winter storm approaching, direct support professional (DSP) Raymond Washington knew if he was at work when the ice and snow froze over the streets, he was likely to be there for days.

He didn’t hesitate to go to work.

“If somebody had to be there, I’d like it to be me,” Washington said. 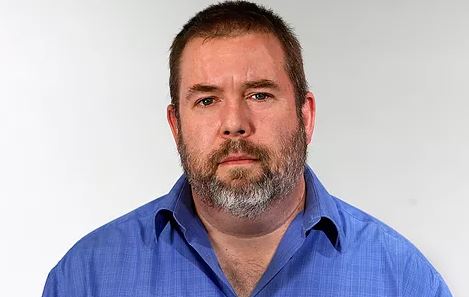 Washington supervises a home on the campus of the Brenham State Supported Living Center. It is about 70 miles northwest of Houston. He and three other DSPs support 14 men with intellectual and developmental disabilities. He said he knows them like he knows his own family.

“I understand them a little bit more on certain things,” he said. “I’m used to their routines.” The staff and the men listen to music together. They enjoy watching “The Price is Right” every afternoon and the news in the morning.“One guy can’t verbalize exactly what he wants,” Washington said. “But he can point and tap you on the shoulder. ‘Okay, I got you,’ I’ll tell him. ‘We’ll put the news on.’”

Washington has been part of the team at Brenham State Supported Living Center for 12 years. He said his focus has always been making sure things go smoothly for the people he supports. “I mean, it’s their house,” he said. “I want them to feel comfortable.”

For the week of arctic cold that hit Texas in mid-February, comfortable was going to be hard to come by. But Washington did everything he could.

For the week of arctic cold that hit Texas in mid-February, comfortable was going to be hard to come by. But Washington did everything he could.

Before the storm, he stocked up on supplies. “I went to Wal-Mart; I spent about $90 on stuff we could eat real quick,” he said. He brought cheese, salami, and deer sausage. “Snack food, you know, isn’t good for you … but it’s stuff we eat anyhow.”

After all, one has to keep one’s spirits up. He brought healthy food as well, he said.

When the cold and snowy winter weather hit, Washington did whatever he could for his coworkers. “I knew it was gonna be bad. I knew people that hadn’t been in this kind of weather ever before.” Washington was raised in Yonkers, New York. He went to school in Ohio. He knows how to drive in snow. He picked up staff who weren’t comfortable driving in snow and ice. He went to pick up food when a restaurant was able to open.

“A lot of [people] aren’t comfortable with driving in this kind of weather,” he said. “[Temperatures] got down into the teens and I saw vehicles in the ditch here and there.”

The power did go off from time to time. The backup generators did their job. The center lost water pressure, but there was bottled water. Washington said the biggest professional challenge was staffing. It was difficult to get enough DSPs safely to work .

For many DSPs the biggest personal challenge was being away from home. “It kind of wears you down,” Washington said. “You get into a routine of knocking yourself out to do this and that for them [the people you support], but you want to get back to your house. There’s no place like home, that’s a true thing.”

He came in to work on Sunday and didn’t leave until Tuesday evening. He got to see his wife for only a few minutes before she left to work a similar shift as a nurse.

As for the people Washington supports, they actually thrived during the ordeal, he said. They enjoyed extra snacks and looking outside at the snow. The staff kept the music going, thanks to a rechargeable radio.

“The [people I support], I think they had a great time,” Washington said. “It was like a campout for them, because we had extra stuff for them to do. We had a good time.”

It’s a testament to Washington’s support and experience. He’s worked in the care industry for more than three decades. He could take a disaster and handle it so that the people he supported were never concerned.