A Church Home for Willie 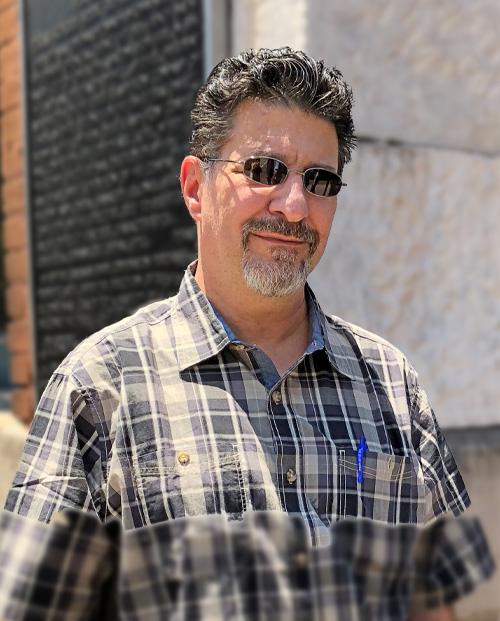 In our jobs as DSPs, we are often instructed that our support efforts should be person-centered. Our role is to assist the people we support in directing their own lives. To this end, we bring as much flexibility, creativity, and commitment as we can. We promote people’s physical and emotional well-being by developing respectful relationships based on mutual trust, while maintaining professional boundaries. We are urged to understand people’s values, respect them, and facilitate their expression of those values. We support people to lead self-directed lives while partnering with other members of their teams. At times, it can be difficult to see how exactly all of these directives fit together, but there are also times when it is crystal clear — times when it all comes together — but we usually see this in retrospect. The following account is of one such time.

I had the pleasure of working with an older gentleman I’ll call Willie, who remarked offhandedly one day that he missed going to church. Nowhere in Willie’s record was there any mention of his ever having attended church, so this came as a bit of a surprise.

I had the pleasure of working with an older gentleman I’ll call Willie, who remarked offhandedly one day that he missed going to church. Nowhere in Willie’s record was there any mention of his ever having attended church, so this came as a bit of a surprise. It started a conversation that lasted several months, but ultimately resulted in Willie joining a church. What’s most interesting was how we got there.

Let me state at the outset that what follows should not be construed as an endorsement of any particular faith-family, but simply as a record of Willie’s and my journey to help him recover something he had lost — his church home.

I asked Willie if he had ever attended church. He responded, “Oh yes, a long time ago — when I was little.” Willie had a hard life, as is the case with many people we support. To hear him reminisce about the “good old days,” when he once attended a church, touched me. He had held on to those warm memories through all the tribulations he had endured.

“What kind of church did you attend, Willie?” I asked. Willie replied that there had been a preacher, praying, an organ and choir. And there was a lot of singing. I continued, “What denomination was your family, Willie?” Initially, Willie didn’t understand the question. He didn’t know what “denomination” meant. Nevertheless, after some prompting and much explanation, Willie squeezed out, “I think I’m a Catholic.”

Well, serendipity, I thought. I know something about Catholic churches. I’ll just take him to a nearby Catholic church for Mass on the next Sunday I’m with him — if Willie still wants to go.

And of course, he wanted to go. But, about midway through the Mass, Willie looked so uncomfortable. I leaned toward him and whispered, “What’s wrong, Willie?” He fixed me with an intense gaze and replied that he wanted to leave. After leaving the church, and after he’d had a little time to get his wits back about him, Willie was able to tell me, “That wasn’t church.” The Catholic liturgy had left him confused and exhausted.

I began to suspect that, in fact, Willie was not a Catholic.

Willie still had an old uncle with whom he kept in contact. On their next phone call, I spoke with his uncle and asked if Willie’s family were Catholics. “Well, I don’t believe so,” he replied. “I think they were Presbyterians — but I could be wrong.”

So, we tried a Presbyterian church. No good. It wasn’t what Willie remembered. There wasn’t enough singing.

We tried a Lutheran church, then an Episcopalian church. No good. They were too much like the Catholic church.

We tried a Baptist church. According to Willie, we were getting warmer — but we still weren’t there.

Based on Willie’s reaction to the Catholic Mass, an Orthodox service seemed to be out of the question.

We were running out of options.

A few weeks transpired during which Willie didn’t attend any church services. During that time, an old friend of mine asked me to attend his investiture as a youth pastor at a Pentecostal church that wasn’t too far away. Ordinarily, I might have declined the invitation. I am not Pentecostal, and I don’t usually care for the Pentecostal worship style. Unlike Willie, I am very comfortable at a Catholic Mass. But eureka! Based on Willie’s descriptions, it could well have been that he had attended a Pentecostal church. “Do you mind if I bring someone with me?” I asked. “Of course not,” came my friend’s reply. So, the following Sunday, Willie and I were in the balcony of my friend’s church.

This was exactly what Willie wanted. He loved the preaching and prayers. He loved the exhortations and the altar call. But especially, he loved those old hymns. When the music started, Willie joined in, singing some of them by heart. Not one member of his care team knew that Willie knew those old hymns. It was astonishing. We had finally discovered (uncovered?) the church that Willie pined for. Willie’s spirit was finally being fed — Willie was home.

Now, beyond the fact that Willie found a church home — he joined my friend’s church — the upshot of all of this was that Willie developed new sources of support. He became friends with a few of the other members. They would phone him regularly and offer him rides to and from church. He also developed new levels of self-esteem as his inclusion in the church community evolved — this was clear from the changes in his affect. It wasn’t that Willie had ever been “difficult,” but more that, once this aspect of his emotional, social and spiritual well-being was addressed, Willie became a better adjusted and observably happier Willie — Willie became more fully himself.

The upshot of all this is clear. The support I provided Willie was person-centered. In retrospect, it was easy to see how everything came together. I focused on Willie’s wants and needs, while understanding that my role as a DSP required flexibility, creativity, and commitment. It took months to find a church that offered that Willie needed to feel comfortable. It took a lot of trial and error.

My role in it all was simply to assist Willie in finding a way to direct his own life — something of which he was eminently capable. This happened because I was employed by an agency that was committed to person-centered support as a best practice.

I developed a respectful relationship with Willie, based on mutual trust that maintained professional boundaries. I am not Pentecostal, and I did not merely take Willie to a church of my choosing. I helped lay out an array of choices, but Willie did the choosing.

I developed a respectful relationship with Willie, based on mutual trust that maintained professional boundaries. I am not Pentecostal, and I did not merely take Willie to a church of my choosing. I helped lay out an array of choices, but Willie did the choosing. I sought to understand Willie’s values and respected them. My role was to assist Willie and facilitate his expression of choice related to those values.

This whole effort made me keenly aware of my own values and how they influenced my professional decisions. In this case, I had to set my own values aside. As I stated, I am not Pentecostal, but for Willie’s sake, I attended Pentecostal church services. I honored Willie’s choices, preferences, abilities, and opinions. I see Willie as another human being with his own emotional, social, and spiritual needs. Together, we found him a church home that helps meet some of these needs.