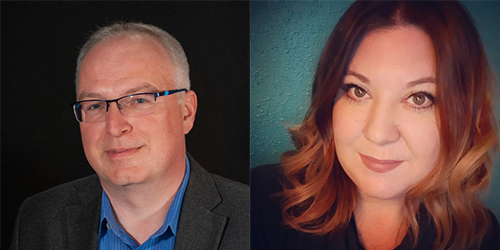 Just like the people we support, direct support professionals (DSPs) cover the full spectrum of the human experience. We are diverse politically, racially, in religion, in age, and in any conceivable number of ways. Today we meet Declan Silviera, a man who, among his many unique traits, is transgender.

Silviera has worked at an Oregon provider called Rise for about two years but has a much longer resume in the industry. He began working as a DSP while still in high school in California. He shadowed in the medical field, supporting people with intellectual and developmental disabilities (IDD). He spent as much as eight hours in the classroom each week “learning about types of IDD, nuances and differences, and how it is different for each kid.” This was a full year before Silviera came out as transgender.

As he continued working in IDD services and went on to study philosophy in college, Silviera dreamed of moving to Oregon to earn a master’s degree from the University of Oregon. The pandemic ushered in an opportunity to do just that. When his university campus shut down in California, he and his fiancé moved north.

I sat down with Silviera on a sunny spring afternoon to discuss his experiences working in IDD services. 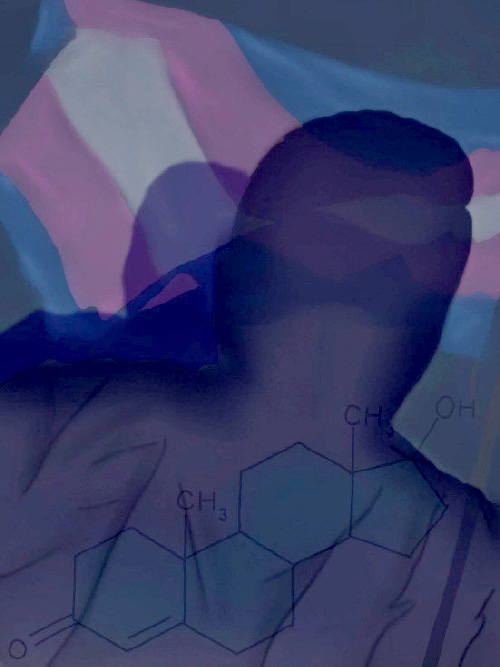 Declan has created a mini-series of silhouettes with the LGBTQ flag laid over them. This is one of those images.

What has your experience been like working as a transgender DSP?

“My identity has been more of an issue with coworkers than people supported,” Silviera says. He feels especially supported by his current employer where he is integrated into a diverse LGBTQ workforce. “The first residential home I worked at had eight DSPs and six of them identified in the LGBTQ community in some way, so it was a diverse, progressive, and more ‘untraditional’ style workforce.”

Have you had opportunities to educate people supported on what transgender is?

“At a previous residential home, I worked with a 17-year-old boy who was going through gender questioning that his parents were trying to shut down. I had to navigate his parents’ wishes because they still had guardianship in place, while also trying to make sure he was supported in exploring himself as they were reaching adulthood. It was a difficult line to walk.” The young man expressed interest in wearing women’s clothing, so the entire team discussed with the parents what items they were comfortable with him wearing. His mother ultimately allowed him to experiment with female-leaning clothing, and in the end, he opted to remain male.

Have you supported people with biases? What were the successes and barriers?

“The first company I worked for in Oregon focused more on elder care than supporting people with IDD and was less accepting,” Silviera recalls. “There were multiple trans staff there and leadership was particular on which people they would have us support. Even if the person wanted to be supported by a trans staff, the agency was often reluctant to allow us to.”

Since arriving in Oregon, Silviera has only supported one person, and the experience was positive. “They always used male pronouns,” he says, “and never threw anything in my face or took any issues with it.”

"Rise has been amazing,” Silviera says. He was asked his preferred pronouns as part of the interview process and never has to worry about someone using his “dead name” in conversation or on any document where it isn’t legally required.

Do you feel supported by your team?

“Rise has been amazing,” Silviera says. He was asked his preferred pronouns as part of the interview process and never has to worry about someone using his “dead name” in conversation or on any document where it isn’t legally required. [Dead name is the name that a transgender person was given at birth and no longer uses upon transitioning.] And that care extends to the people Rise supports. “Rise has done, and continues to do, a good job identifying as non-binary,” Silveira says. “They update files with pronouns so that individuals don’t have to inform people all the time.”

What has been your best moment with a person you support?

"My sister and I both worked at the same agency in California, and we both supported the same five-year-old autistic boy. One day while my sister was working with him, he declared ‘Declan is my brother.’ The next day, I got to work with him, and he asked me, ‘so are you a boy or a girl?’ I explained my story to him, and he was super open to all of it.”

Silviera continued working with the child for another six months, and he remained curious the entire time. “The company was also supportive of teaching kids a full array of knowledge. That was the best DSP experience. Those interactions are great teaching moments.”

What advice would you give a transgender person wanting to enter our workforce?

“To be open about it [being transgender] and not be scared. I realize that a lot of companies in this field are open and accepting because they are scientifically driven. They build supports for people based on evidence. People who work in this field are very aware that people are individuals, and everyone is different. This brings a level of acceptance.”

We know that people from the LGBTQ community are part of the DSP workforce and have been for a long time. Many provider organizations are supportive like Rise, of an ever more diverse workforce and say that they gain strength by recruiting and hiring people from different communities. They are also implementing day-to-day practices that embrace diversity, inclusion, and equity thus fostering welcoming and accepting workplace. Even so, there often is discomfort when people misperceive or lack of understanding someone else’s story. Declan’s story is just one story but it represents many more in the DSP workforce and there are many stories that have yet to be told.

How to Be a Trans Ally