Georgia Langbehn is a Client Services Officer at the Center for Independence in Huron, South Dakota. She can be reached at glangbehn@cfindependence.com 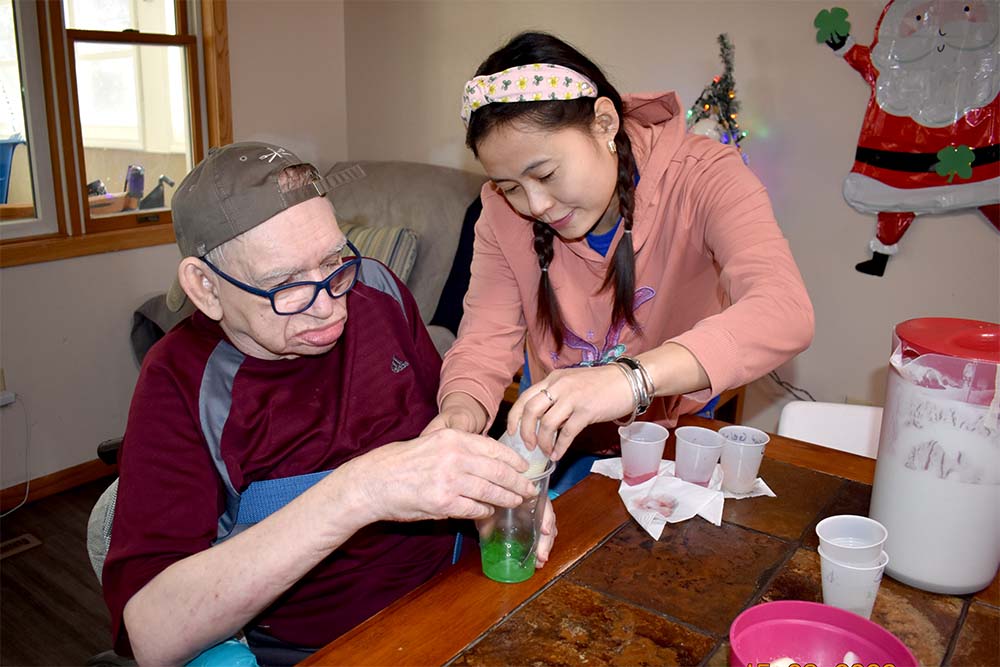 Around the Center for Independence (CFI) in Huron, South Dakota, our population is becoming more diverse as we welcome many immigrants into our community. We have been delighted to hire many people of Karen (pronounced K’Ren) culture. We understand that it is important to attract a diverse staff to reflect our community. We also know that to retain staff, we need to be strategic. We developed a plan to help all our staff, the people we support, and their families better understand one another’s cultures and be able to communicate as we worked together for our common goal of meeting the needs of people in ways that promote choice and encourage independence. 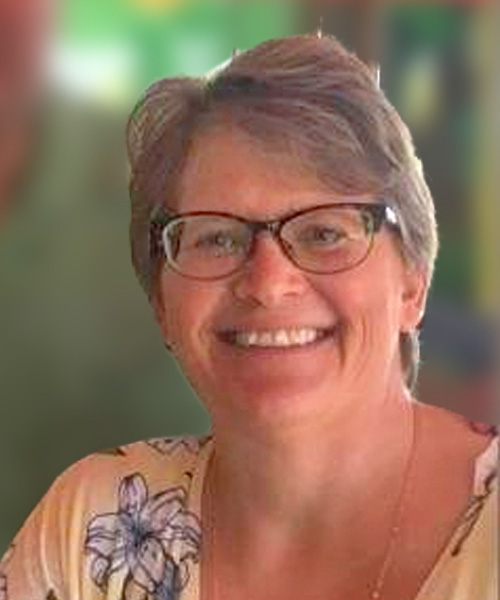 The Karen people settled in Burma over 2000 years ago. During World War II, the Karen people sided with their British allies and the Burmese army fought against them. After the war, Burma achieved independence from the British, but the Karen people were not granted rights to their own land. Later, during the 1960s, the Karen people had to flee Burma to neighboring Thailand. There, they were forced to live in refugee camps. They were not allowed to leave the camps. Life in the refugee camps was hard and unpredictable. Their families applied for resettlement and eventually came to America. Direct support professionals (DSPs) Ma Aye Aye, Ta Blue Are, and Shee Lar Paw came to America with their families when they were children. We now employ these three DSPs at CFI. They bring a lot to our community. 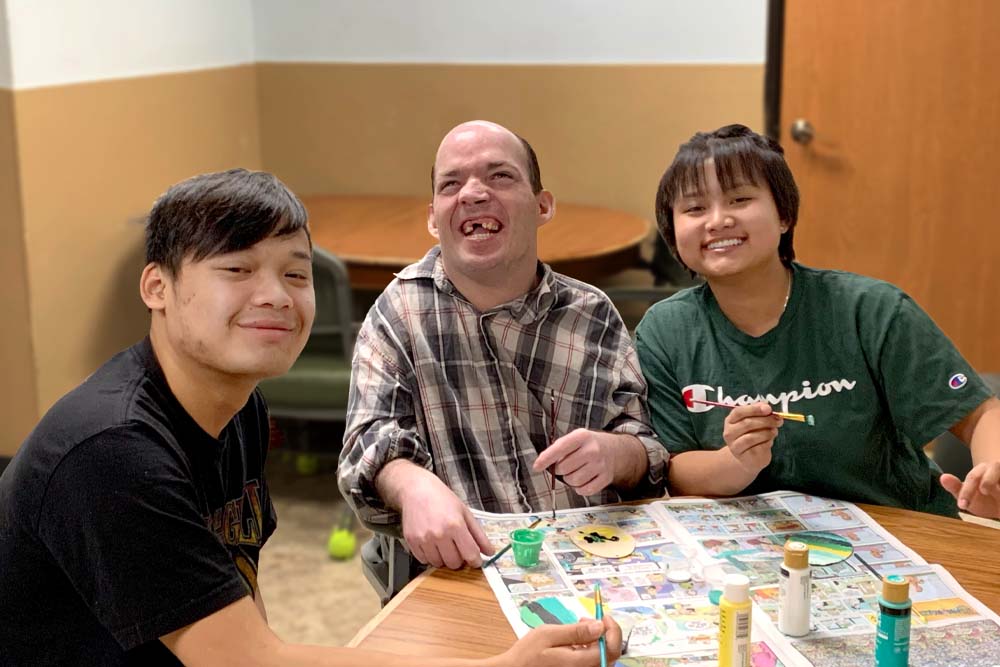 Being a DSP is aligned with my family values

Many of the immigrant families from the Karen community found jobs at Dakota Provisions, a turkey processing plant in our area. Of course, working at a processing plant isn’t for everyone. Ma Aye, Ta Blue, and Shee Lar found a better fit being DSPs at CFI. A common and extremely important cultural value held by the Karen people is respect for elders and parents. In Karen culture, family is very important and taking care of elderly family members is an honor.

It was a great fit to work as DSPs when people in the Karen community realized that they could receive professional training and experience in learning to provide support. Their respect for their elders and parents is the reason they want to work as DSPs.

It was a great fit to work as DSPs when people in the Karen community realized that they could receive professional training and experience in learning to provide support. Their respect for their elders and parents is the reason they want to work as DSPs. Ta Blue explained, “With all this experience, it will be a lot easier to handle [supporting my parent]. I won’t have a lot of difficulties [knowing how to provide support].”

Being a parent is also very important to the Karen community.

“I really like knowing what my schedule is and that I can work four longer days a week and have three days off over the weekend to be with my family,” Ta Blue said. “The schedule is predictable, and I appreciate knowing that it will be consistent.”

He had worked at another job where the hours were unpredictable, causing him to be away from his family during important times. Knowing how much he values his family helped our scheduler accommodate Ta Blue’s needs. 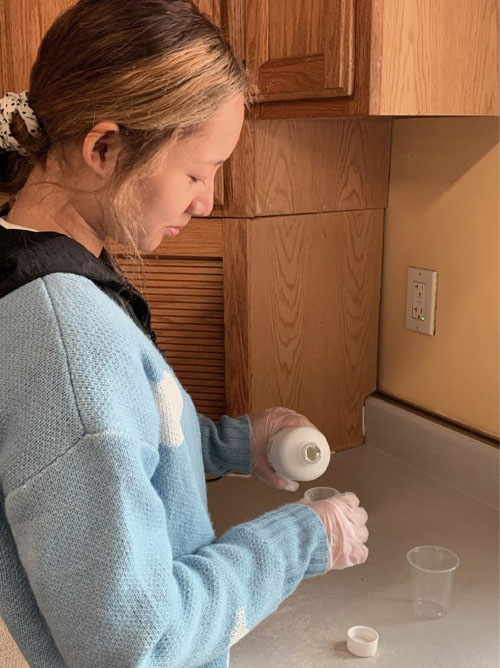 English isn’t Ma Aye, Ta Blue, and Shee Lar's first language. They were new to the United States when they began to learn the language. Now, as adults, they understand and speak English daily. But there are times when it helps to have someone translate at work. CFI recognized that providing a translator was sometimes very important for DSPs’ successes. Humility is another value of the Karen culture, and some DSPs did not like to ask for help or have anyone go out of their way for them. Now it is standard practice to provide a translator for training and other important events.

Officially, translators attending training or staff meetings bridge the gap in communication. Using a translator has been critical in the medication administration class. All DSPs are required to be certified to pass medications, but many Karen had never done this before becoming a DSP. CFI broke down the medication administration class into shorter training sessions with a translator. This gave people a chance to learn smaller chunks of information at a time.

“I had never done anything like give medications before,” said Ta Blue. “It was all new to me. The names of the medications were hard, and we had to learn what they we for. But our training was really good. First, we watched other staff as they gave meds. Then we took the class and passed the test. After that, our co-workers or the lead staff watched us when we passed medications until we felt sure of ourselves.”

When Ma Aye first started as a DSP, she worried if she could do the job. She explained, “The training was really good. I did a lot of shadowing of other staff to learn the job so I could start to step in and do what I needed to do to support people.” She recalled that when she first started, she asked the other Karen staff a lot of questions, so she could learn the job. 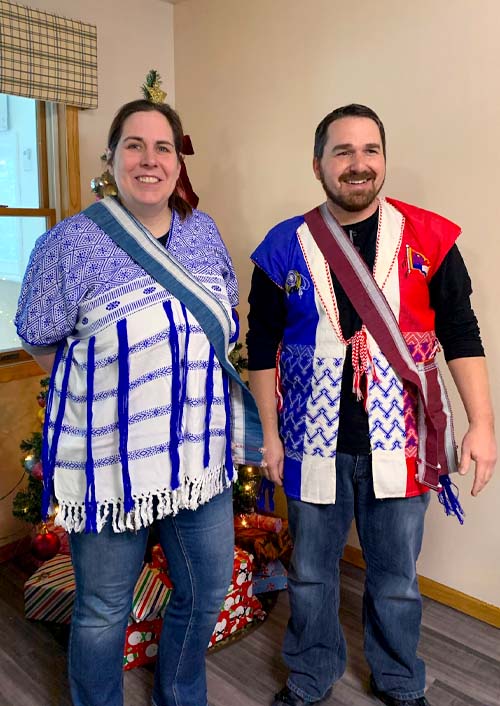 Opportunities for all of us to learn about our colleagues' cultures

We decided to be intentional about educating people about one another’s cultures. Before the COVID-19 pandemic, we held Ethnic Diversity Potlucks about three times a year. In addition to Karen people, we also have staff who were born in Mexico and Puerto Rico. Staff shared about food, traditional clothing, and put together story boards of pictures and other interesting things about their culture. The Karen staff shared about their history before and when living in the refugee camps. They spoke about a special outfit that they wear for Sunday church and other special occasions. CFI leaders Danny and Rita were honored with a traditional Karen outfit during one of the potlucks.

Food is a language that all people speak. The Karen staff enjoy making traditional food as part of their daily routines, and sometimes for the people they support. “But not too spicy,” Ma Aye jokes. The Karen people are known for the homemade noodles, sticky rice, and other dishes they make from fresh ingredients like bell peppers, onion, basil, and chicken. A special iced drink is Falooda. There is a recipe for Falooda at the end of this article that you can try.

At CFI, we know that each person who is part of the organization has been on their own journey. Each part of the journey makes us who we are. As a people, the Karen people have endured more than their share of struggles and challenges. It may be from those experiences that they draw upon their humanity and ability to share joy with others. We are grateful to have Ma Aye, Ta Blue, Shee Lar, and other Karen people as DSPS on the CFI staff.

This dessert is a favorite in the summertime. It has many variations, so you can make it how you like. It is a layered drink with different flavors, textures, and colors. This drink is meant to be served cold, so whatever base you use (coconut milk, ice cream, sweetened condensed milk, or if you are making “thick milk” from scratch), you will want it to be cold. The most important thing is to try new combinations and to have fun making it!

Some common ingredients of Falooda include:

Step one: Prepare your ingredients ahead of time. If using Jell-O or tapioca pearls, prepare those ingredients in advance so the Jell-O is set. Make sure the milk base is chilled. Cut the fruit into pieces.

Step two: Assemble the drink. Start with a base of jam or jelly, basil seeds or vermicelli noodles. Add the different layers and pour in the milk base (coconut milk, thick milk, sweetened condensed milk). After the drink is assembled to your liking, top it off with a scoop of vanilla ice cream and any desired nuts or other toppings.