Reflections of an Immigrant DSP

Ramu Iyer is a Senior Employment Consultant at PROVAIL in Kirkland, WA, and a member of the NADSP DSP Advisory Council. Ramu can be reached at ramu.jobcoach@gmail.com 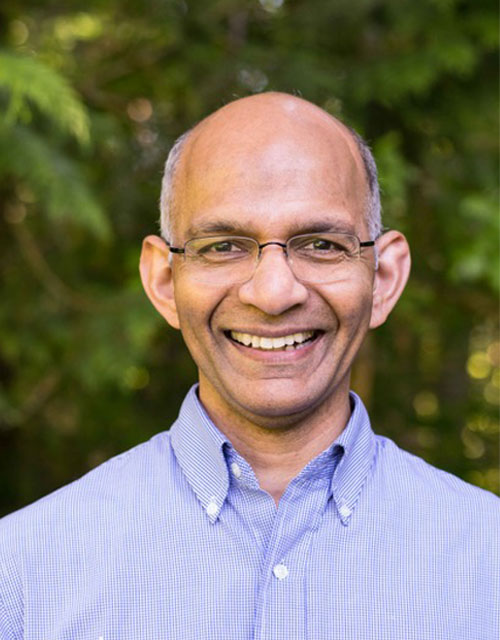 I am a direct support professional (DSP) serving people with developmental disabilities and live in Seattle. I also serve on the Advisory Committee for the National Alliance for Direct Support Professionals (NADSP).

I welcome the opportunity to share the story of my journey from India to the United States. Growing up in a modest middle-class family, I lived in several cities in India. I attended an “English medium” school. This means I learned English alongside of Hindi and Tamil, a couple of Indian languages that I spoke while living in India. There were students from neighboring Indian states in the school. This gave me the chance to interact with others whose culture differed from mine. India is a country with different cultures across states in a vibrant democracy.

I grew up listening to stories about America as a land of freedom, innovation, and opportunity. That was a compelling narrative since my friends, and I were enthusiastic to become a head taller and compete for the future. I watched students and job seekers navigate the process to obtain a valid visa at the American embassy and cross the ocean in search of opportunity.

I earned an undergraduate degree in India, and then got an opportunity to travel on my first long flight to America to attend Washington State University in Pullman. There I studied computer science. Situated 20 miles from Palouse— “the Seven Wonders of Washington State”—Pullman is a small college town. I met students from several countries representing diverse cultures. Everyone was welcoming and I felt at home, although I missed being so far away from my family several time zones away. I learned to slow down so that my English accent was understandable. Opening a bank account, obtaining my social security number, and my driver’s license were frictionless, without any bureaucracy. This was a change from Indian culture. I was also interested in seeing a cross section of America. As a poor graduate student, I boarded a Greyhound bus across the country from Pullman to Spokane and then onward to Chicago to New York City for a mere $59! During this bus tour, I saw the rich expanse of America and people from several walks of life.

Relocating to the Bay Area

I relocated to the Bay Area in California for my first job at a technology company. As an ecosystem of innovation, Silicon Valley is also a melting pot for people from different countries. There was a celebration of ethnic food every day in that area, given the many choices of restaurants. However, the important conversation about diversity, equity, and inclusion were not mainstream at that time. My worldview was shaped by the majority culture. I really didn’t understand the lived experiences of persons with disabilities. I didn’t take time to reflect on the lives and experiences of others. Ultimately, I did not understand what it was like to “walk in their shoes.”

After experiencing the impact of the economic downturn and a couple of layoffs, I went through an identity crisis during my job search efforts. After my structured program at Washington State University, this journey was difficult, and I felt trapped in a space between here and there. I learned to overcome “imposter syndrome.” I had lingering doubts about my capabilities that were self-limiting. Being a fledgling in the Bay Area, my circle of support and acquaintances was small. I felt like a solitary reaper in a bubble—a cultural misfit who was less qualified for the work I had been doing as others had thought. The winds of change led me to relocate from the Bay Area to Chicago. I earned a business degree at Northwestern University and fell in love with jazz music.

Becoming more reflective about my experiences

As I matured in my career, I became more reflective about my experiences and the experiences of others who are different from me. I realized that “diversity is about creating a dance floor while inclusion is about inviting everyone to dance” (King, 1963). This aspiration, spoken by Martin Luther King, Jr. during his “I Have a Dream” speech resonated with me. Transforming this storied dream into a reality is a performance of a lifetime, one person at a time, and remains a hard hat area under construction. Slowly, at a snail’s pace, I started emerging from the cocoon, reaching out, learning to be vulnerable, and making a human connection with no expectation of anything in return.

During the subprime mortgage crisis, I relocated to Seattle. I worked for a few technology companies and started to feel that I was hitting a glass ceiling. I felt unable to bring my whole-self to work. I felt like I was living in an echo chamber. And I felt tied to a keyboard rather than interacting with people. I began volunteering as a Job Coach for a supported employment agency. I began focusing on positives and appreciating a person’s assets and talents. I assisted a person with resolute determination to work. I supported him to recognize his strengths and abilities and find a good job. I learned the importance of solution-focused communication and person-centered planning. I supported him in his workplace, helping him integrate with his coworkers and achieve favorable outcomes.

A significant moment was my realization that the resilient individuals I had been supporting chose to get up each time they fell down. They also accepted themselves for who they are. Work was not easy, but they were actively engaged in overcoming barriers and finding creative solutions or workarounds, assuming person-centered supports were in place. I enjoyed being with them as they navigated the purpose path.

A significant moment was my realization that the resilient individuals I had been supporting chose to get up each time they fell down. They also accepted themselves for who they are. Work was not easy, but they were actively engaged in overcoming barriers and finding creative solutions or workarounds, assuming person-centered supports were in place. I enjoyed being with them as they navigated the purpose path. My work was co-creating life opportunities for persons with disabilities. This enabled them to enjoy the good things in life, and this work resonated within me. It was so meaningful. I chose to make a career transition to support persons with disabilities and discover my working identity.

Reflecting across my experiences, I feel that I have assimilated in this host country. I feel at home although I always remember my roots. There is so much work ahead of us DSPs to advocate for human rights, disability rights, obtain a standard occupational classification for our job title, and realize the universal dream of inclusion. This journey extends so far beyond my original travels from India to Seattle. This journey involves examining my own biases and “inviting everyone to dance.”