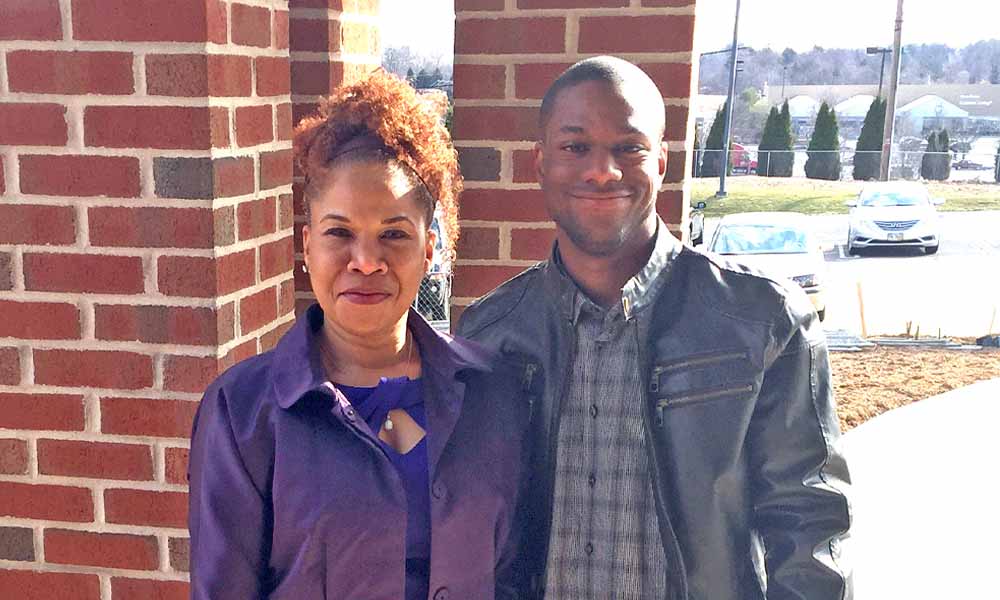 Cassandra and her son Cody

My son Cody didn’t say a word for the first five years of his life. Intelligent and responsive, he was just nonspeaking. When he was diagnosed with Asperger’s Syndrome* at two years old, the word autism wasn’t in my vocabulary.

That was 32 years ago, and we’ve come a long way since then. We’ve lived in Queens, New York, where Cody, his fraternal twin brother, and their older sister were born. We then moved to Emmaus, in Pennsylvania’s Lehigh Valley, where we lived for 25 years. Most recently, we moved to York, Pennsylvania, where, in 2015, we relocated for my job as a financial advisor for a national brokerage firm.

All along, from his initial diagnosis of Asperger’s, I have been a big advocate for my son’s education and supports, like any mother would be.

For Cody’s early to high school education in the Lehigh Valley, I worked with the East Penn School District to create a program where kids weren’t just put in special needs classrooms, but instead were mainstreamed with a system in place to support them. I then worked with other parents whose kids were on the autism spectrum. At that time, Autism Speaks was still in its infancy, so we petitioned the school district’s superintendent to hire a special needs homeroom teacher who would help the kids transition from junior high to high school. We were successful in establishing supports that weren’t offered at the time.

I consider myself lucky for having the opportunity to advocate and access supports that have helped Cody thrive and pursue his independence, which today he is finding through the first meaningful job he’s ever had at American Products, Inc., in York. 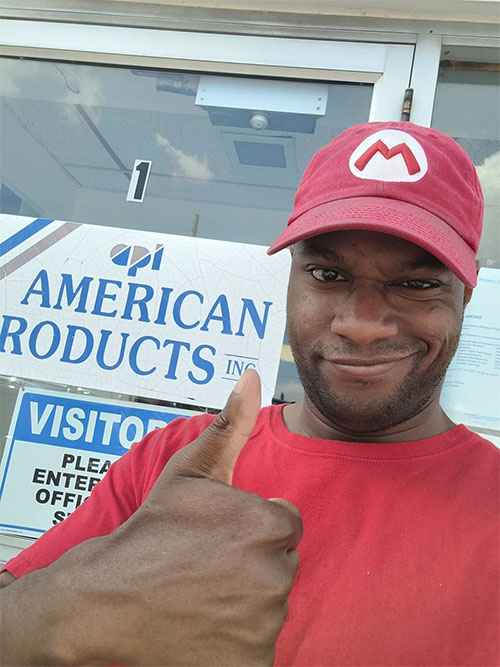 Cody gives a thumbs-up while on the job at American Products, Inc.

It took some negotiating with Cody to move to York. After graduating from Emmaus High School, he attended Lehigh Carbon Community College for three semesters. He developed a terrific support system over the years that included his church and faith-based community that were very important to him. He also had a network of friends whose parents were instrumental in creating an environment of supports for kids with Asperger’s. Additional supports came from the Center for Independent Living in the Lehigh Valley, through which he gained some work experience.

Cody’s first goal upon moving to York was to get his driver’s license. His first attempt was unsuccessful, but I was delighted when we found a driving instructor who knew how to help kids with Asperger’s. Being able to drive has given him confidence and a great sense of independence; he takes it very seriously and is an excellent driver. His second goal was getting a job.

I wasn’t sure at first if York had the supports in place that we had become used to, but through the Office of Vocational Rehabilitation (OVR), we were able to begin the process of finding Cody employment. To begin, he went through a discovery process to learn what his talents and skills were and the kinds of jobs he would be interested in doing. The first employment opportunity they connected him with, stocking groceries, didn’t work out.

I asked OVR if they could recommend other providers who had employment services similar to the Center for Independent Living. They recommended two organizations. With support from the first, Cody got a job at a local post office, but they failed to put any kind of support system in place, like a job coach or other supports that would enable Cody to succeed. It was disappointing, so I turned to the other OVR recommendation, Penn-Mar Human Services, and its customized employment program.

What Cody needed was an ad hoc interpreter who understood who he is as a person and what his capabilities are, so that the right supports could be put in place in order for him to be sufficient, efficient, and proficient on the job.

Cody is very bright and learns things quickly. He taught himself to play the piano, for instance. He has what I call a “want to” spirit. He wants to do better. He just needs someone to help level the playing field for him and I think that’s what Penn-Mar did. While other organizations and programs were able to identify his skill sets, no one was able to put it all together like Penn-Mar did.

I think everyone has specific skills and we all need support to develop them. Cody is very bright and learns things quickly. He taught himself to play the piano, for instance. He has what I call a “want to” spirit. He wants to do better. He just needs someone to help level the playing field for him and I think that’s what Penn-Mar did. While other organizations and programs were able to identify his skill sets, no one was able to put it all together like Penn-Mar did.

Working with Tricia Zeltwanger, a job developer with the organization, Cody was connected with a job at American Products, an industrial electronics company. He works as an electronic assembler and material handler. They were very open to meeting Cody and to seeing what he could do and where he could thrive in a position. Cody gravitated to the assembly side and was job coached by Tricia and Carol Holewinski, who also helped him acclimate to his new work environment. It didn’t take him long to master the job tasks. From there they did weekly check-ins, which turned into monthly as Cody settled in. As I write this, he’s been on the job now for five months and is thriving.

This job has opened up hope for him in a way that nothing else has. He likes his peers, he feels respected, and I know they love him there. Although he doesn't share a lot unless I ask him, I know he’s really enjoying his job and is growing in it, to the point that he is advocating for himself. He recently asked for additional hours and is now working four days a week instead of three. He's become better at handling his finances and has specific goals in mind about how much money he needs to save. He’s become more confident, autonomous, and is making more decisions on his own.

To his great chagrin, Cody is embarrassed that he still lives at home with me, and because independence is everything to him, his next big goal is to have his own place. I don’t know if I’m ready yet, but with his newfound confidence, he just may convince me.