Shared Successes in Transition to Employment

Christelle Auger is a direct support professional/job coach at the Fogarty Center in North Providence, Rhode Island. Christelle can be reached at cauger@fogartycenter.org. 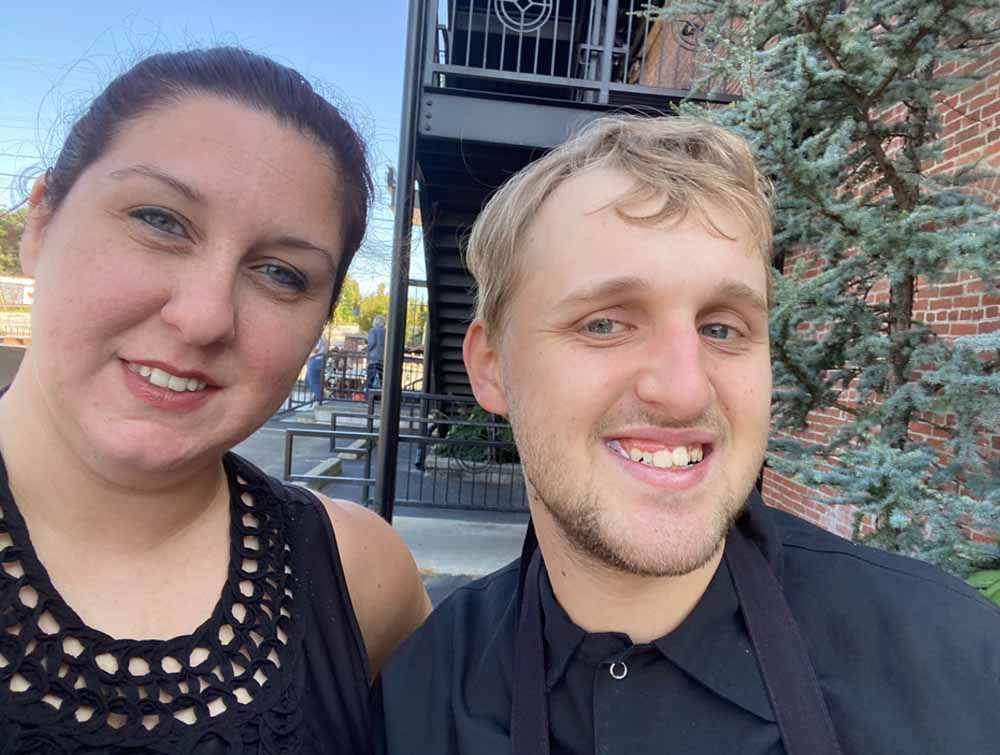 In 2021, the Fogarty Center, where I work, started developing Youth in Transition Services to address gaps in skills and supports that many students experience when leaving school and meeting their goals for adult life, including getting employment. We launched this mindfully and gradually, starting with a small number of students. We needed to build capacity and learn how to support young adults in our area. Personally, this was exciting. I had worked as a teacher in the past and saw it as an opportunity to bring value to the organization while exercising my experience and passion for working with younger people. Our collaborative team approach helps us lean on each other’s strengths while coming together to support the job seeker.

That’s when I met Ryan. He is a young man who is supported one-on-one by direct support professionals (DSPs) trained, like myself, through the Association of Community Rehabilitation Educators. With this, he sets his own expectations outside of congregate settings. We used person-centered planning to understand not only what he enjoys doing in his spare time, but also his community connections, strengths, and which skills or experiences he’d like to advance. We brought his team together. Many of us brought different knowledge from the ways we support Ryan, and we came together to better understand who he is becoming.

An avid golfer, Ryan had an emerging interest to work in food service in a sports setting. One of his goals involves culinary training. He wanted to gain “the skills to pay the bills.” We leveraged a relationship with a community-based culinary and technology program through the Amos House in Providence. Instead of trying to teach cooking skills in-house at our center, we thought it best to have him learn with people who were also seeking careers in this area. This would be a higher caliber of training than we could provide at our center. In this case, as his DSP, I would support him when needed by adapting the curriculum or working with his instructor to understand how to support him. This really immersed him in what it takes to work in the industry. It gave him experience to make an informed choice about continuing down this career path. Ryan completed the eight-week culinary and food safety course. Through vocational rehabilitation funding, he received some assistive tools like a fixed-board cutting setup

. This helped him feel confident in learning the skills in class. He had some great times learning, and he graduated from the program. I was there with Ryan’s family at his graduation when he received his chef’s coat and hat. Ryan was clearly a natural with the knife and took great pride in his accuracy. I sure was proud of him, but I also realized that I had gained so much in my professional role alongside of Ryan’s successes.

We wanted Ryan to keep momentum after graduation. Ryan was supported as far as he wanted to take these new skills. He has struggled with the “where.” In curriculum planning team meetings, it was suggested that he complete tours and establish relationships with different types of restaurants and supermarkets. Through these tours, he has identified specific positions where he would like to be employed. He has also been able to ask questions of the workers to get a true perspective of the position. Together, we have researched the history of the businesses that interest him, the skills and tasks required for a position, work hours required, and locations of open positions. We discussed what to wear in an interview and what to bring. We practiced mock interviews to help Ryan prepare.

Ryan has completed two interviews. Both supervisors commented on how they liked Ryan’s upbeat personality and that he brought his own set of questions.

Maybe it’s the teacher in me, but I still celebrate the large and small successes of the people I support, like Ryan. This reflects my own growth as a professional, and it motivates me to do more with my career. 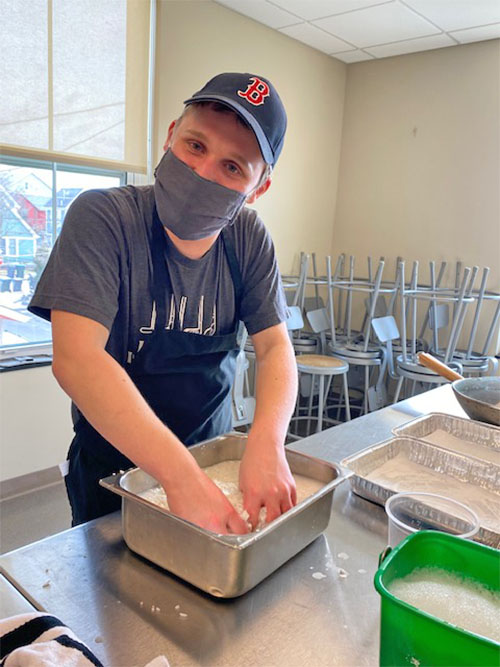 While he has not yet been offered a job, Ryan is now completing a work experience in food preparation in a restaurant in his community. This was developed in partnership with Skills for Rhode Island’s Future. Ryan earns at least minimum wage for a 40-hour job trial. This also gives us at Fogarty a chance to establish a relationship with the business. This helps minimize the perceived risk of hiring someone with disabilities as the employer can “see and believe” that job seekers supported by the Fogarty Center have the right skills and can fit into the culture of a business. The business, IronWorks Tavern, prides itself on having nicely-plated dishes in a relaxed environment that routinely has golf and other sports games on television. During one of the trial shifts, the head chef said that Ryan has been such a huge help. My coworker and I have alternated providing support for Ryan during these shifts. Ryan is independent in many ways, but he likes reassurance. Often, we encourage him, saying, “you’ve got this,” or other words of encouragement. As he gains more skills and confidence at the work experience, we are scaling back our support from being beside him to being within vision. He will often look to see if we are still there. Another way we support Ryan is to write notes for him when he is given a new task. This helps him stay on task. When the way he was shown to complete a task doesn’t work well, we step in to find another way.

Maybe it’s the teacher in me, but I still celebrate the large and small successes of the people I support, like Ryan. This reflects my own growth as a professional, and it motivates me to do more with my career at the Fogarty Center. All things considered, we DSPs grow as we change the community to include and value people with disabilities, especially in the workforce. This is our story, and it’s just beginning!