Representing from the Heart

Paul Wilshaw , a theatre maker and performer with mild to moderate cerebral palsy and learning disabilities, works as an assistant producer for Mind the Gap. He lives in Bradford, England.

When I am at the start of working on a project as an actor or producer, I am very vocal. I have so many ideas bubbling away. The problem I have is writing them down! I am getting better at writing my thoughts down, but I also need to ask for help sometimes. This is mostly to make sure what I am saying is making sense, because in my head it is, but for someone else it might sound like nonsense.

I am still learning the best way for people to work with me. This is why I have created my own “access rider” for new employers. This describes the things I need to do my best work, to help them understand what support I need. 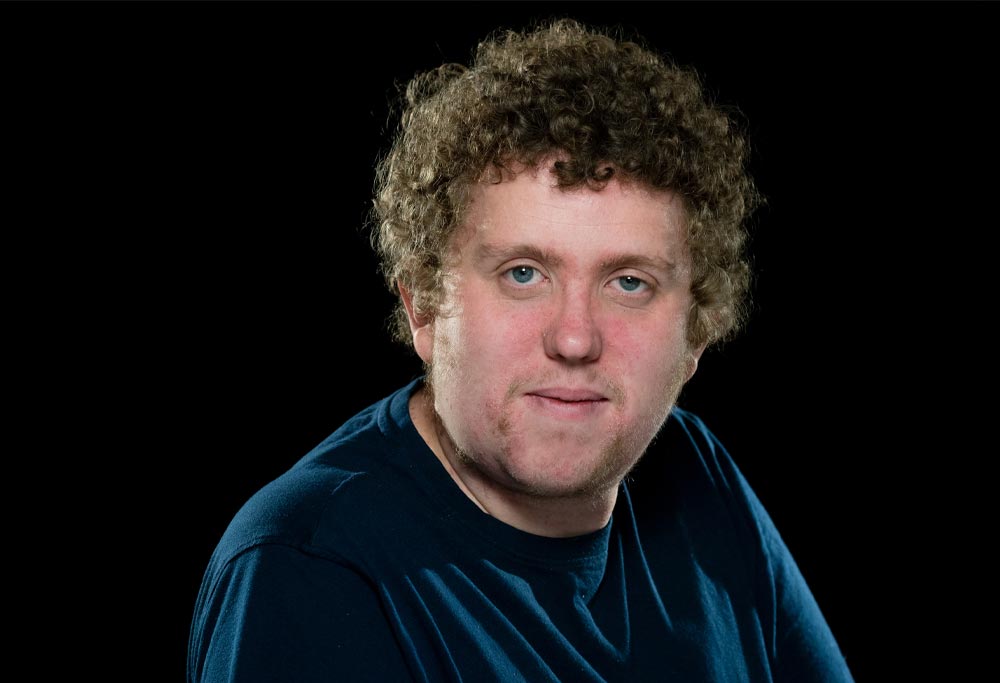 Because I like to make work that is from the heart, I often start with inspiration from my own life experiences. I want to make theatre where you go in expecting one thing, and the unexpected happens.

I got started in the arts when I was 10 years old. A theatre director came to my middle school and asked if anyone wanted to be in a show. My hand shot straight up! The problem was, I forgot to tell my mum and nan. Then one day the director phoned the house and said that they needed me to rehearse that weekend. My nan said “he can’t act, he can’t dance, and he can’t sing.” The director said he did not care. I had put my name down, so I was in.

At the age of 18, I got a First Diploma in Performing Arts (a vocational qualification), but was told I would not be able to do the National Diploma because of my writing skills. Then a teacher told me about a user-led theatre company near where I lived called Double Act.

I was with that company until 2013. I was very fortunate to work with some top directors and artists, including Mat Fraser, an artist with disabilities from American Horror Story Freak Show. In 2012, I performed in the closing ceremony for the Paralympic Games in London, with Rhianna, Coldplay, and Jay Z.

In 2014, I moved to Mind the Gap in Bradford from Dorset. I was in the Mind the Gap training course for three years and then became part of the artist team. In 2018, I was offered the role of assistant producer for the ZARA project, a large-scale outdoor arts project. Now I am the company’s assistant producer, working on all projects.

Being an artist and a producer means a lot in terms of representation and giving a voice to people who are still often left behind. I am only one person, but if I can create a small change, I know what I am doing is worth it.

Mind the Gap is not just a theatre company. It is a family, and like any family, we want to see everyone achieve the best that we can. We recognise the barriers in wider society, but we are there for each other. We have a huge amount of talent to thrust on the world!