Myrta Rosa is a longtime self-advocate and a former vice chair of the New Jersey Council on Developmental Disabilities, where she still serves as a member. She lives in Elizabeth, New Jersey. 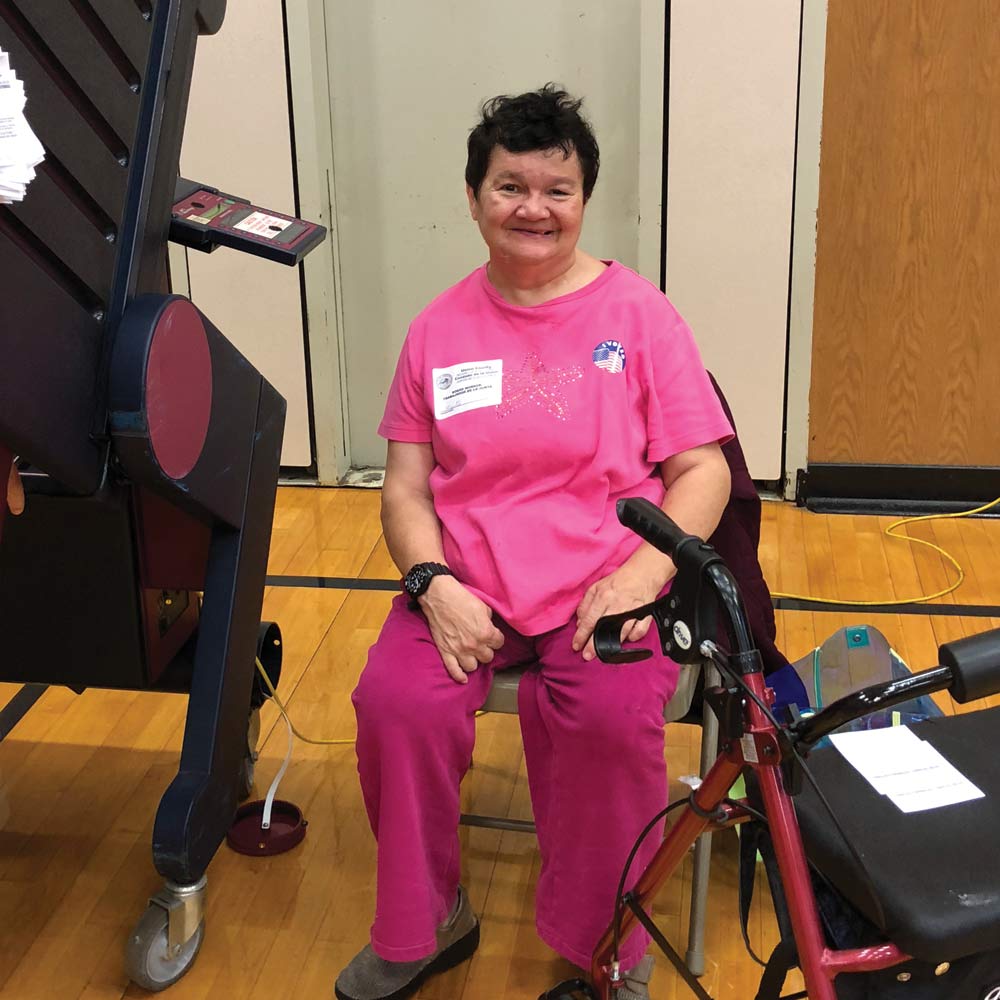 Editor’s Note: In 2010, Impact ran an article by Myrta Rosa that encouraged self-advocates to make their voices heard until the very end. At the time, Rosa, who lives with cerebral palsy and other disabilities, was preparing to move from an institutional setting to an independent living apartment with support from Community Access Unlimited. Recently, we invited Myrta, now 64, to discuss what’s important to her today.

I got involved in advocacy because I wanted a better life for myself and for all people with disabilities. Everybody is equal. Nobody should be treated differently because they have a disability and we should be respected. Sooner or later as we grow older, we all have a disability, so we are all equal.

I was born in Puerto Rico and can still translate Spanish to English for people if they need it. For awhile, my grandmother looked after me, and family has always been very important. After working in a supermarket for about 10 years, I had to leave that job so that my sister, Norma, and I could take care of our parents as they were aging. They were both diabetics on dialysis and legally blind, but they didn’t want to go to a nursing home. I put all my effort into their care and put my disability behind me to help as much as I could. They both wanted to die at home, and so my sister and I took care of them until they passed away in 1994 and 1995.

After that I lived in an institution, and 11 years ago I moved to Elizabeth to a residential program. About a year ago, I moved to my own apartment, with support from Community Access Unlimited, which has been really great. I am an honorary board member at CAU and I work in the office, shredding papers and doing other tasks part time. I love my job, and the schedule gives me time to serve on boards and do more advocacy work. I’ve also spoken to medical students to help them learn how to better treat patients with disabilities.

In a way, this work saved my life. While I was living at the institution, I was supposed to get a CT scan, but there was a mix-up and I came very close to being sent to surgery. Thank God I have a voice and can speak about my experiences because if I couldn’t speak, I might not be alive today. The other thing I tell medical students is to speak directly to me instead of my support person, which they often do. Speak to us, we’re the ones with the medical issue!

Recently, I’ve advocated for requiring consent if cameras are used in people’s living spaces. I don’t want one in my home because I value my privacy. There may be some people who want them for their own protection, but I can speak for myself and I know I don’t want them.

I haven’t decided yet when I want to retire. I want to keep working until I can’t do it anymore, while I still feel capable. Currently I’m working three days a week, 9 a.m. to 1 p.m. The rest of the time I do my advocacy work or socialize. I’ve gotten pretty good at bowling after being in a league and still do that once a week. I also enjoy going out with my sister. She has arthritis now and has limited mobility. She’s just now experiencing disabilities I’ve had my whole life, and I helped advocate for her when she was looking for an assisted living place.

Honestly, I don’t really know what’s going to happen in the future and I haven’t yet told the staff I’m ready to talk about my wishes for the end of my life, but I will tell them when I’m ready. I can stay here for the rest of my life as I need more care, and I do know I want to do that because, after all those years in the institution, it’s important to me to live on my own.