Partners in Transition: Minnesota and the Czech Republic

Renáta Tichá is co-director of the Global Resource Center for Inclusive Education at the Institute on Community Integration, University of Minnesota, in Minneapolis. She may be reached at tich0018@umn.edu.

Brian Abery is co-director of the Global Resource Center for Inclusive Education at the Institute on Community Integration, University of Minnesota, in Minneapolis. He may be reached at abery001@umn.edu.

Jan Šiška is an associate professor at Charles University and University of West Bohemia, Czech Republic, and a Fulbright research scholar at the Institute on Community Integration at the University of Minnesota in Minneapolis. He may be reached at jan.siska@pedf.cuni.cz.

Šárka Káňová is a director of the Special and Inclusive Education Unit at the Faculty of Education, University of West Bohemia in Pilsen, the Czech Republic. She may be reached at kanova@kpg.zcu.cz. 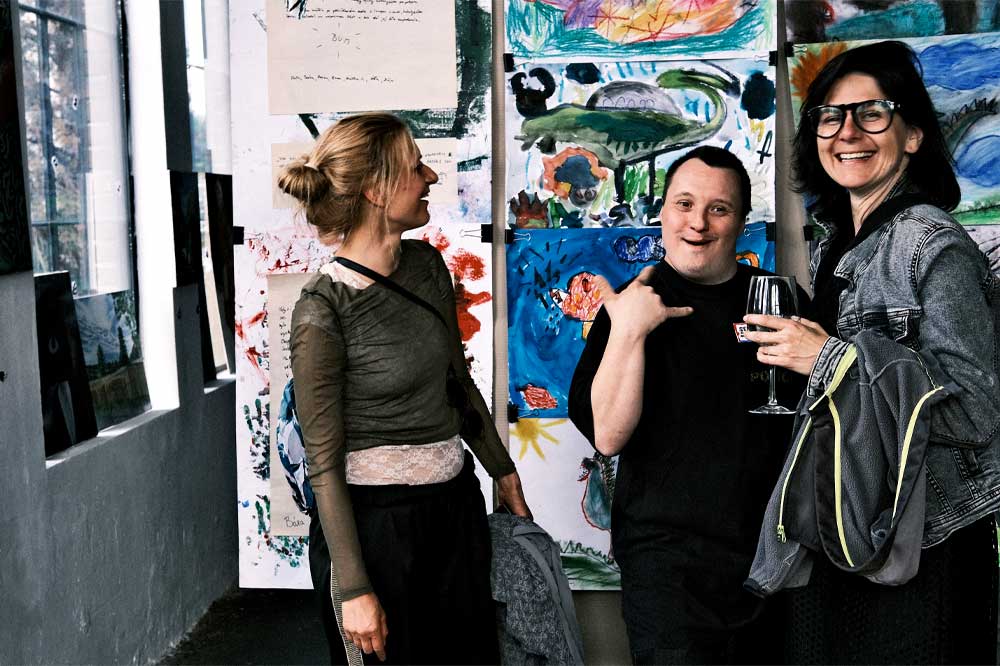 In October 2021, Renáta Tichá and Brian Abery received a secondary transition grant, A Community-Based, Collaborative Transition Model for Minnesota Youth with IDD, from the Administration for Community Living, part of the U.S. Department of Health and Human Services. At the same time, Jan Šiška began his Fulbright-Masaryk scholarship at the Institute on Community Integration, with a focus on secondary transition for youth with IDD. Two months later, he and his colleague Šárka Káňová were awarded a grant on secondary transition titled PEDAL: Exploring How Educational and Social Care Systems Can Support Young People with Intellectual and Developmental Disabilities to Transition by the Czech Grant Agency (GAČR) (project ID 22-268965).

The two teams have been utilizing this coincidence in funding across the two countries focused on secondary transition for youth with IDD to compare their methodologies and policy contexts, to learn from each other, and to develop a similar data collection tool to be able to combine findings for common publications and presentations.

PEDAL: Responding to Gaps in the Czech Republic

Our PEDAL project (researching transitions of young people with intellectual disability) responds to gaps in the knowledge base related to the lived experiences of young women and men with intellectual and developmental disabilities (IDD) as they transition from school to adult life. There is research in Europe on models of successful transition to adulthood for young people without disabilities, just as some predictors of successful transition to adulthood of persons with disabilities have been identified. Much less is known about the factors that determine successful transition for young people with IDD. In addition, very little is known about how young women and men with IDD themselves perceive and experience transition, with the focus of previous research having largely been on the views and experiences of families. The Czech research studies on transition focus almost entirely on transition from school to employment. Other domains relevant to transition from school to adulthood, such as community participation, independence, development of social networks, and volunteer work, remain largely unexplored. The only exception is a previous European project, which tracked the trajectories of persons with disabilities through the active citizenship approach, but with only limited attention being paid to young persons with IDD.

Transition in the United States has almost exclusively been viewed as a set of services for youth with intellectual and developmental disabilities. It therefore has a long history of being very segregated as opposed to inclusive in its orientation. Our project, entitled A Community-Based, Collaborative Transition Model for Minnesota Youth with IDD, which is funded by the Administration on Community Living, responds to several current needs of youth with IDD living in Minnesota. Transition plans and services for youth with more significant disabilities often lack individualization and person-centeredness. Youth with IDD are provided with very limited choices for work-based learning experiences as part of their transition programming. In many instances, these experiences are not even in the community, but take place within the four walls of the school. Currently, a unified system of transition supports across school districts does not exist and in most states, few well-conceptualized efforts have been made to collect data on the pathways of students once they have graduated. All of this makes it difficult, if not impossible, for schools to determine whether the specific transition services and programs they implement are in any way effective. It also means that we know little about the transition needs and outcomes of an increasing diverse population of youth with IDD in Minnesota, at a time when there are critical labor shortages in both Minnesota and across the United States. Additionally, there are limited opportunities for pre-service teachers to receive quality training with specialization in transition. Beyond the transition situation specific to Minnesota, there is an overarching need to simplify the complexity of transition services and build awareness about available options for employment, independent living and post-secondary education in the community. We can’t help but wonder how significantly the unemployment rate could drop in this environment with better transition services.

The aim of our project is to develop our understanding of how educational and social care systems can support young people with IDD to transition successfully from school or other forms of education to adult life. We hope that this primarily qualitative project will allow us to explore the experiences, barriers, and facilitators for successful transition to adulthood from the perspective of a number of stakeholders, but with a particular focus on young people themselves. It will allow the development of one or more potential models of successful transition that are specific to this group of young people. Such models will be useful to guide more quantitative research on the topic in the future and allow the robust investigation of the factors that determine successful transition for this group of people. Although this study is specific to young people with IDD in the Czech Republic, a key element will be comparing the findings to what is known about transition for young people without disabilities and to models arising from other research projects, such as our partner project in Minnesota.

The goal of the Minnesota project is to develop and implement a tiered, community-based transition framework that will increase competitive integrated employment (CIE), participation in postsecondary education, the independence, and community inclusion of Minnesota youth with IDD in urban, suburban and rural Minnesota communities. A related goal is to assure that students from diverse backgrounds have access to transition services that are sensitive to their and families’ preferences and needs. The project is designed to accomplish this goal by building on the work of developing a more effective transition framework already taking place in several of the state’s school districts, government departments, and advocacy organizations.

Our interdisciplinary exploratory study brings together primarily qualitative methodologies from across education, social science, and the arts, with innovative techniques for collecting the experiences of young people. The research strategy builds upon the life course approach, which has been developed and applied to other projects, for example Priestly (2001). Life course interviews will explore the trajectories, turning points, and resources experienced by young people with IDD. Some specific areas of focus will include discovering who helped youth prepare for adulthood and how; what elements of adulthood were focused on, such as employment, relationships, safety, and looking after their physical and mental health; and what young adults themselves found helpful and what they would have liked to have learned before leaving school. Negative as well as positive experiences will be captured. The use of adaptive forms of communication will be used wherever possible to ensure understanding and expression as the key element of our approach.

One of our key strategies is to work collaboratively with multiple partners. Our partners at the state level include the Minnesota Department of Education (MDE), Department of Employment and Economic Development (DEED), and the Department of Human Services (DHS). We have also partnered with four Local Education Agencies (LEAs) and their transition initiatives in different parts of Minnesota, employment and advocacy organizations, the Minnesota Inclusive Higher Education Consortium (MIHEC), and Utah State University. Improvements in transition cannot happen without service coordination across multiple levels of agencies and that doesn’t happen all that often at the current time. Another strategy is to collect information directly from youth with IDD, their family members, transition teachers and support staff to better understand their needs and dreams for life after school as well as the outcomes they experience. We want schools to have the information they need to make informed decisions about the transition services they provide to ensure that the young adults they serve experience person-centered, post-school outcomes.

There appears to be an enormous interest among different stakeholders in transition, which is encouraging. Members of our advisory board, such as school principals, professionals from education and employment administration and parents appreciate opportunity to contribute to our project. For some it appears to be the first occasion to collaborate with other professionals engaged in transition. So far, we have completed focus groups with teachers and some common patterns can be already identified. For teachers, support for students during transition is fragmented and not comprehensive. Teachers see parents as the most important factor of a successful transition. They report that parents often do not have enough resources, time, and strength to take their children to sheltered workshops that are very far from where they live, and alternatives such as employment opportunities in open labour markets are rare. On the other hand, we identified a number of good practices resulting from creative leaders that can be explored further. We would like to acknowledge the significant contributions of Julie Beadle-Brown from the Tizard Centre, University of Kent, United Kingdom, in preparing implementing the proposal.

So far, we have learned that there is substantial variation among the transition programs/initiatives in Minnesota, with differences dependent on their location (urban, suburban or rural) and leadership. Most of the programs tend to be segregated and provide limited employment experiences in the community. While the development of independent living skills is somewhat addressed, there is almost no focus on preparing young adults for potential postsecondary education opportunities, even though these are increasing within the state. There are, however, several exceptions where the leadership has been creative in seeking out opportunities for students based on their individual interests and overcoming barriers, such as limited access to college and poor transportation systems. There is a lack of pre-service training for transition teachers and support staff, including job coaches. Almost all of the training they receive is of the in-service variety provided by state agencies (e.g., DEED) or school districts themselves. Universities, even those in the state that focus on teacher preparation, offer little education in this area. This is especially the case for educators serving students with the most significant disabilities. There is a state-wide, collaborative initiative on the development of a transition framework for Minnesota that is currently being refined and prepared for initial implementation in the fall of 2022. This framework, although developed as a model for transition services needed by all students with disabilities, has the potential to move our state forward in improving the quality of supports offered to transition-age students and the outcomes they experience.

(IDD) | This Project of National Significance aims to increase the community-based employment, participation in higher education, and independence of youth with intellectual and developmental disabilities (IDD) in Minnesota.