Stephanie Fitzgerald taught special education for 36 years before retiring in 2019. She may be reached at stephanie.fitz83@gmail.com. 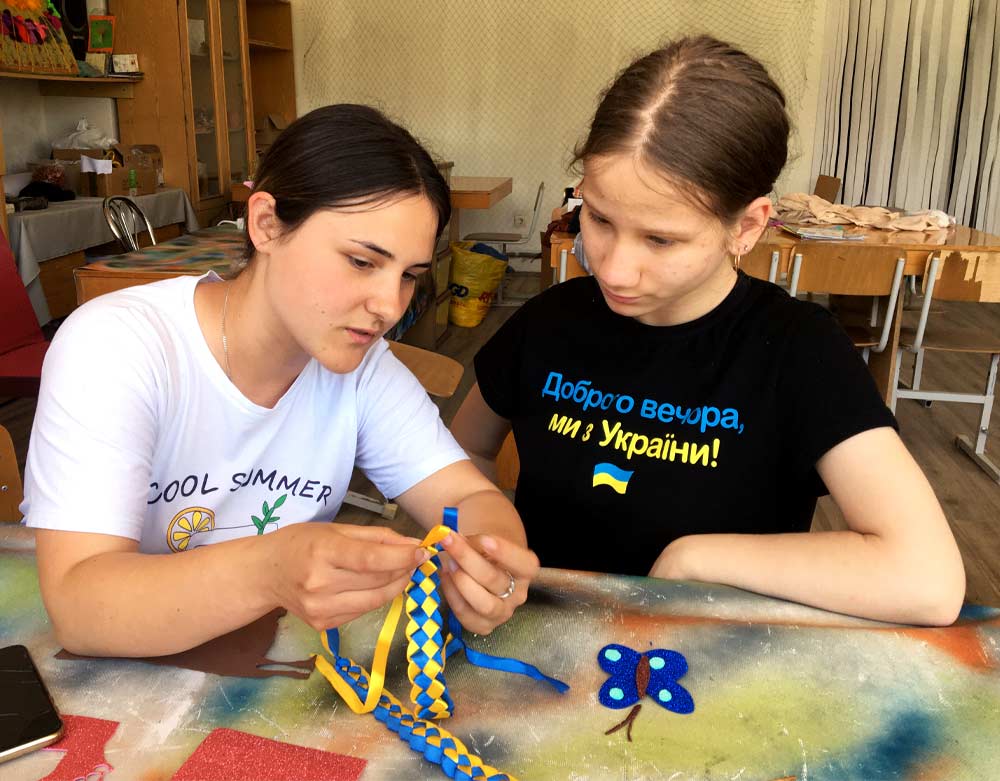 Khrystyna Melnyk, left, a recently graduated special education teacher in Ukraine, works with Zlata Magomedova, 13, to make patriotic ribbons. They are part of United by Love, a community group for people with and without disabilities. 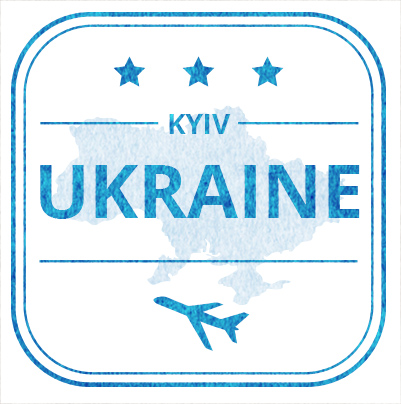 In 2017, seven educators from various regions of Ukraine came to the United States as fellows of the 2016 Americans with Disabilities Act (ADA) Inclusive Education Anniversary Program: University of Minnesota’s Partnership with India, Kazakhstan, Armenia, & Ukraine. They spent several weeks learning about inclusive education by immersing themselves in the education of students with disabilities in the United States in hopes of bringing this understanding back to Ukraine to share with colleagues.

Upon their return to Ukraine, these ambitious individuals began an inclusive education project called Without Borders: Sustaining and Supporting Inclusive Education Learning Community in Ukraine. They wrote a book, Stairs to Inclusion, developed workshops, and created a social media site, Inclusion without Borders. They worked hard to promote inclusion across Ukraine in the aftermath of a 2017 national inclusive education law. Because of all of these efforts, inclusive education is taking hold in the Ukrainian educational system.

In the fall of 2019, I was asked to join two colleagues to go to Ukraine to provide information on inclusive education. Our trip was funded by the U.S. Embassy in Kyiv under a grant entitled Developing Leadership Capacity in Inclusive Education: A U.S. - Ukrainian Partnership. The three of us traveled to Kyiv, Khmelnytskyi, Lviv, and Ivano-Frankivsk, providing workshops for the Regional Workshop on Inclusive Education.

My role was to speak about the transition of individuals with disabilities in the United States. The concept of transition programming was not known in Ukraine. My interpreter, who was also one of the fellows, told me she would have to explain the concept of transition to the audience as they had no reference for it. At the time of our visit, the education system in Ukraine did not have programs that help students with disabilities move from childhood to adulthood, to find meaningful employment, postsecondary education, or independent living. Since our visit, discussions have begun on how to develop transition programming within the school system.

Accessibility is poor in Ukraine. Rail stations and buildings are filled with obstacles for people with mobility needs. Prejudices are strong and many don’t see the value of treating people with disabilities as contributing members of society. It continues to be an area of frustration for families. There are glimmers of hope that attitudes are changing. At a workshop in Lviv, held at a home for disadvantaged youth, job skills training in woodworking, culinary arts, cosmetology, and auto mechanics was provided to teenaged youth. Workshop leaders developed partnerships with local businesses and created internships for their students. Ukrainian Catholic University in Lviv has a center called the Emmaus Centre of Support for Persons with Special Needs. In 2021, they started the School for Independent Living for teens with cognitive disabilities. They teach students independent living skills and prepare them for employment. Students live and participate with their peers in everyday activities. They hope to offer similar experiences to secondary students, but this has been postponed. After one of my workshops, a Ukrainian colleague told me that when I come back for a visit, they will have started a transition program. These promising signs show that inclusion in Ukraine is moving forward; that one day, all people will be included in everyday life, learning, working, and playing alongside their peers.

Many promising initiatives in Ukraine have been disrupted and postponed, first by the COVID-19 pandemic, and now by the war. The invasion of Ukraine by Russia is causing many families to flee the country for safety and those that remain are trying to accomplish distance learning. The constant threat of air raids makes it too dangerous to have children in schools. Schools have been turned into shelters for people fleeing areas under siege. A friend and colleague said it this way: “What is important at the moment is the survival of the country and its nationals, so we concentrate efforts mostly on saving lives and resisting aggression.” He also told me that many people with disabilities and their families are actively involved in bringing Ukraine victory. They are social networking, raising donations, helping with logistics of bringing necessary goods and international aid to people, providing psychological support, spreading information, and fighting Russian propaganda.

Ukraine will have to rebuild, but it is a country with a fierce desire for independence. The commitment and passion of the people I met will not be set back by this war. They are dedicated to change how people with disabilities are treated in Ukraine. I look forward to returning to the country and seeing the progress these individuals have made.