Uly Ramos , of Queens, New York, is a self-advocate and grassroots presenter with the Self-Advocacy Association of New York State. She may be reached at uramos@sanys.org.

People with disabilities don’t have a one-size-fits-all life.

I was born in a Hispanic family with one parent: my mom. My father was non-existent in my life. I was born in Los Angeles and when I was born, there were difficulties in the birth because of my bone structure. That’s how my disability came about. When I was about 11 months old, I went to live with my aunts and cousins on my mother’s side in Colombia, but returned to live in New York City when I was 9. Unfortunately, my mother struggled with cancer. She fought it, but after my mom had cancer for the second time, she did not make it. After she died, I stayed in Medellin, Colombia for a year, then I came back to New York. It was difficult to live without my mom. 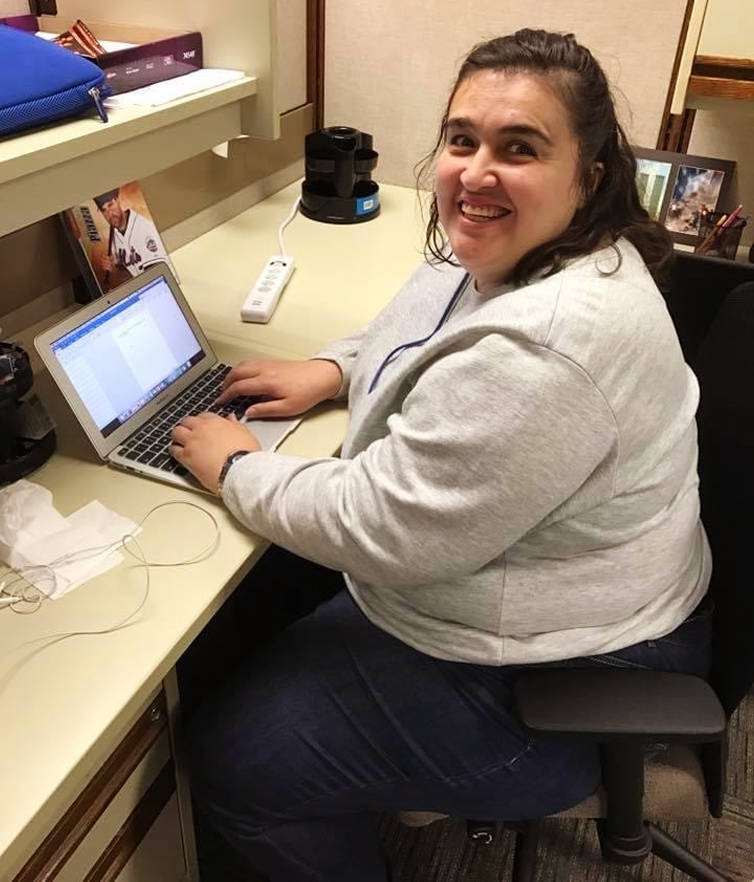 “There are real cultural differences that continue to affect people with disabilities and the way they approach self-advocacy,” says Uly Ramos.

Our culture, race, age, religion, gender, sexual orientation – as well as type of disability – all make a difference. They play a role in what happens in our lives and in the way people treat us.

My own life is a case in point. As someone of Hispanic origin, people expect me to have a bad temper. As a woman, they expect me to be girlish or some kind of diva. As someone with an intellectual disability, they think I don’t know what I’m talking about. When they get to know me, they discover I’m usually pretty laid back and I love sports. They see that I’m a strong self-advocate who can speak both Spanish and English. They see I am capable of running my own life.

Beyond the common stereotypes, there are real cultural differences that continue to affect people with disabilities and the way they approach self-advocacy. This is particularly true for people with intellectual and developmental disabilities.

In the Hispanic community, for example, families are usually very close and involved in each other’s lives. This can include aunts, uncles, cousins, and grandparents. A lot of people live with their parents until they get married. That’s a beautiful thing, but it can create some problems for people with IDD, like me, who want to be more independent.

When my mom died, for example, I was 32 and had to learn to live and do a lot of things on my own for the first time. My cousins, who are close to my age, started stepping in and acting like my parents. They told me that they didn’t think I could live alone and I didn’t like that. They meant well, but they were the same age as I was. I had grown up being compared to them and at times I wanted to be them because of all the things they could do that I couldn’t. I didn’t want them making all the important decisions in my life. They get it now, but it was a real battle for years.

Beyond the common stereotypes, there are real cultural differences that continue to affect people with disabilities and the way they approach self-advocacy.

Another thing we need to advocate for is respect for different cultural and religious traditions. You’ll always have your culture inside of you, but sometimes agencies don’t respect that when it comes to staffing. For example, if someone needs to go to church once a week, supervisors often forget when scheduling hours for direct support professionals. A lot of organizations still don’t understand why this is a problem.

This is difficult to talk about, but some cultures just aren’t accepting of disability. That makes it very hard for self-advocates to feel they have a voice. These cultures say that if you have a disability, you or your parents must have done something wrong. They think being perfect is the only acceptable way and if you have a disability, you are already doomed for life. Some families feel that self-advocacy will make their loved one lose respect for them or ignore what they say. We have to change this attitude.

We also have to find a way to ease the fear that many people from other cultures feel about the government. They feel if they speak up, they are going to be punished. They feel they could have their children taken away from them. This, too, must end.

Self-advocacy opens doors in people’s lives. When I first joined a self-advocacy group, I didn’t know much about Willowbrook and the movement to close institutions. Being a part of the movement helped me realize I am not alone in what I fight for. I learned that if I had been born in a different time, things might have been even harder for me.

The people I’ve met on this journey are going through the same struggles I do with society and with their own families. They know what it’s like to walk in my shoes and we have formed our own extended family. There is power in togetherness.