The Arc’s National Center on Criminal Justice and Disability

Leigh Ann Davis is Director of Criminal Justice Initiatives at The Arc. She may be reached at ldavis@thearc.org.

Position Statement on Self Advocacy This policy statement from The Arc sets out the organization’s belief that people with intellectual and/or developmental disabilities must have the right to and be supported to act as self-advocates.

Talk About Sexual Violence: Survivor Perspectives This video features two self-advocates discussing the importance of speaking up about sexual violence. 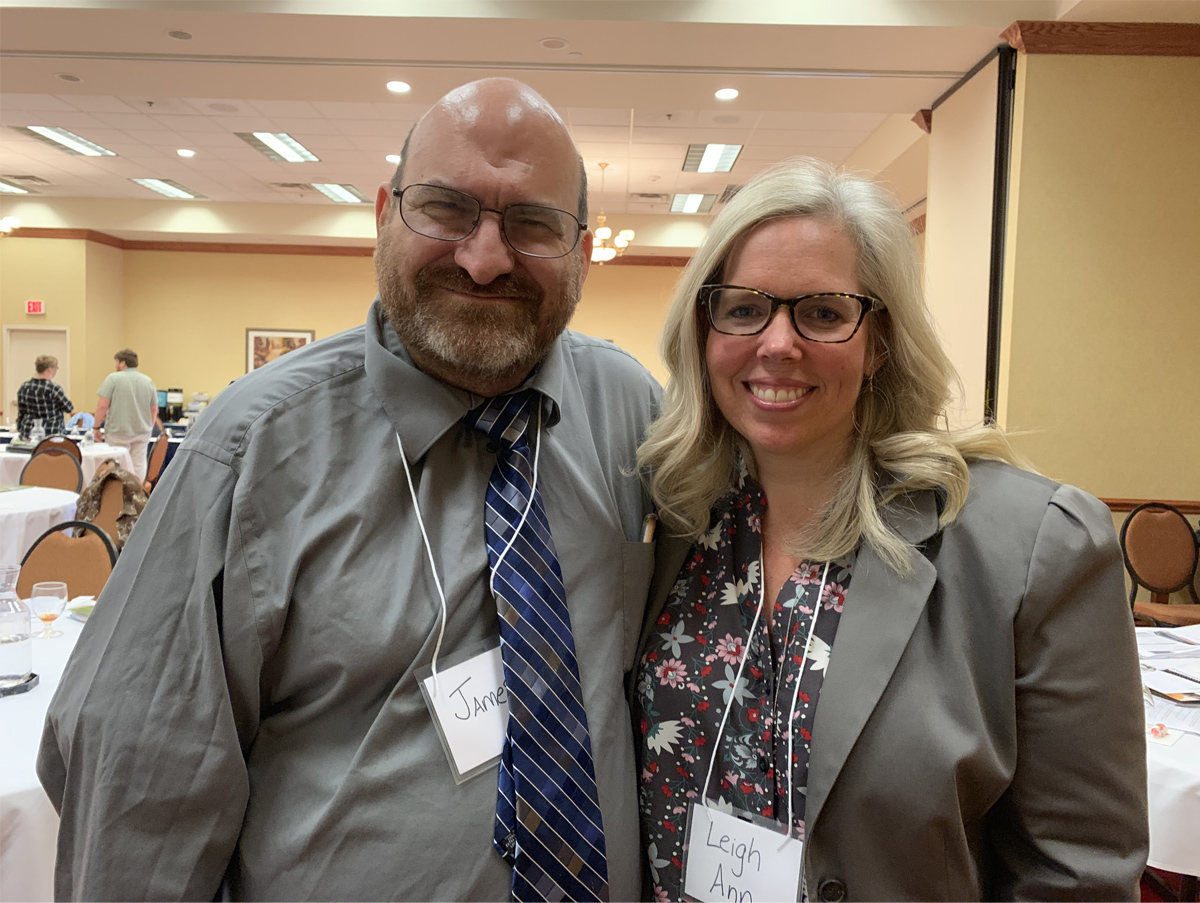 James Meadours and Leigh Ann Davis, survivors of violence themselves, work together on justice initiatives.

As survivors of sexual violence, we share a passion to educate others about this issue and to prevent crime and injustice of all kinds against people with intellectual and developmental disabilities (IDD).

At first, I (James) was scared to talk about the issue of sexual assault. As a leader in the Self-Advocacy Movement for over two decades, I knew how important it was for me to speak out about important issues. I joined boards and committees, attended and spoke at meetings all over the country, and learned how to have a strong voice about issues that mattered to me and other people with disabilities. But even with all of the support and training to know how to be a strong self-advocate, for many years I never felt like I could talk about the shame I felt about sexual assault that happened to me. Once I started talking more about it, I began to see how often sexual assault happened to other people with IDD. I realized that people inside and outside of the disability community needed to understand that survivors of sexual violence need to talk things out. We need a safe place to tell things and be heard. We need others to listen to us, hear us, and believe us. We need to talk about it as long as it takes to heal. It’s our way of getting out the pain, one conversation at a time.

Because I had learned self-advocacy skills, I was able to advocate on a topic that meant the most to me. Eventually I became a national speaker on the topic of sexual assault. I wanted to help other survivors, to let them know they aren’t alone, to let them know they can get help and be safe. If it wasn’t for the power of the Self-Advocacy Movement, who knows if I could have come this far. Eventually, I started talking to Leigh Ann, who also shared the same passion about this issue because she is a survivor too. She was working on sexual assault issues, but also helping people with IDD who are suspects and defendants in the criminal justice system. In 1994, she asked me to join an advisory board for a center she worked to create that year called The Arc’s National Center on Criminal Justice and Disability® or NCCJD.

NCCJD has developed a training program called Pathways to Justice

®. It teaches police, lawyers, judges, and other people who work in the courts about IDD. Self-advocates and other people with IDD help teach the courses in the program so that people who work in the criminal justice system better understand what it’s like for people with IDD to go through the system, as victims, suspects, witnesses or people convicted of crimes. The criminal justice system is for people who have been accused of a crime, and those who have been a victim of a crime. Self-advocates and law enforcement also work together on Disability Response Teams

and serve as co-trainers for their wider communities on key issues impacting people with IDD in the criminal justice system. I (James) was part of a Disability Response Team in Austin, Texas where I co-trained with law enforcement to teach officers about people with IDD.

One issue talked about in the training, especially for victim advocates, is the risk of sexual violence among people with IDD. NPR’s Abused and Betrayed series

. One way to combat the violence is to stop the silence and shame that allows it to thrive. The Pathways training works to empower survivor self-advocates, and others with IDD, to share their experiences so they can lead efforts to reform the criminal justice system.

NCCJD advocates with and for people with IDD to ensure their equal access to justice in a wide variety of settings. It is a national focal point for the collection and dissemination of resources and serves as a bridge between justice and disability professionals within the United States. NCCJD was created in 2013 with a grant from the U.S. Department of Justice, Bureau of Justice Assistance

, to address the lack of connection and communication between criminal justice professionals and people with disabilities, with a focus on people with IDD. NCCJD’s mission

is to pursue safety, fairness, and justice for all people with IDD, especially those with hidden disabilities and marginalized identities.

“We need others to listen to us, hear us, and believe us.”

NCCJD covers a broad range of issues and provides information and training on how to serve people with IDD as victims, witnesses, suspects, and as people convicted of crimes. For example, we point out how aspects of a person’s social and political identities (such as race, disability, gender, sexuality, class, physical appearance, height, weight, etc.) can combine to create situations that increase discrimination and/or privilege. When someone with a disability is involved in the criminal justice system, these factors must be considered because the person can face serious and even deadly consequences if attitudinal barriers among criminal justice professionals go unchecked. NCCJD’s Pathways training module for law enforcement discusses the danger of known or hidden bias and the importance of understanding how that can impact any encounter with people from marginalized communities. This topic was tragically brought to light through the killing of George Floyd at the hand of a law enforcement officer, an injustice The Arc strongly denounced

I (James), along with another survivor self-advocate, Kecia Weller

, am leading this national effort and we are featured in the project’s videos

and other materials. We’ve already begun to see these projects empowering others with disabilities to speak out, seek healing and become agents of change. “It takes courage to report sexual violence to authorities. But once you do, you get healing,” Kecia says on one of the project’s videos. “Rape is never the fault of the victim.”