Klinton Helms is a youth participant in the Young Emerging Leaders Institute.

Susan Ellis is Executive Director of People First of Alabama and lives in Birmingham, Alabama. She may be reached at  pf.susan.200@gmail.com.

Judge Orders Changes to Alabama Voting Laws Amid Pandemic This WSFA12 News story features a ruling by a federal judge in a People First of Alabama lawsuit that relaxes vote-by-mail requirements for people with underlying medical conditions.

In 2015, People First of Alabama started a training program for youth ages 16 to 26. They started this program because of a growing need to build leadership for the future. Its goal was to help the youth understand their human and civil rights and become state and community leaders. 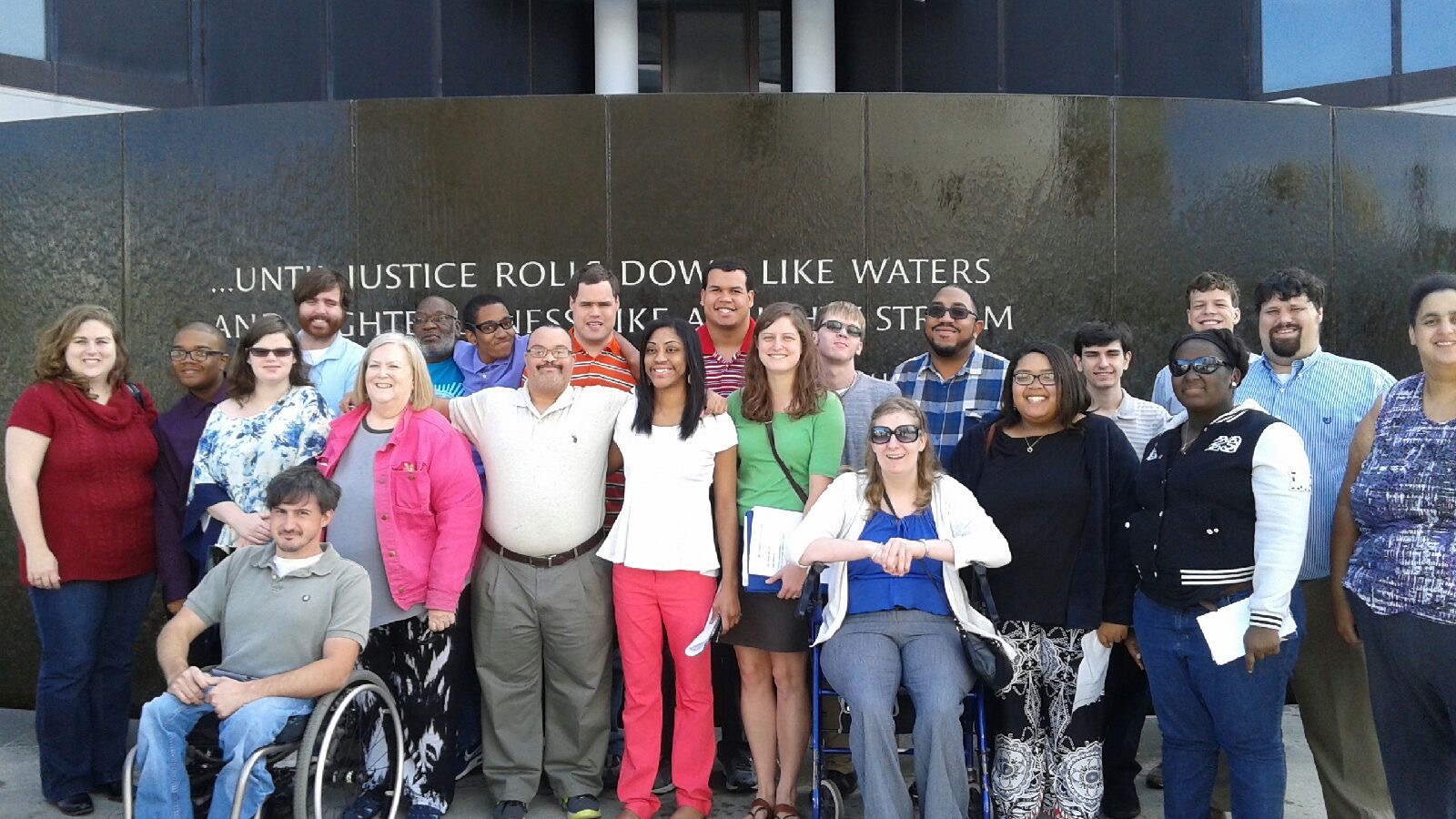 This weekly program recruited youth and gave them the tools they needed to succeed. They were then encouraged to pass the skills they learned on to others. The training focused on the skills needed to take charge of their lives and to improve the lives of others in the process. The Young Emerging Leaders Institute (YEL) was funded through a grant from the Alabama Council on Developmental Disabilities. Every state has a Council on Developmental Disabilities that provides money for the newest and best ideas in supports for people with disabilities.

In its first year, an initial group of 16 participants took part in day-long events over four consecutive weekends. At the events, participants learned about civil and voting rights.

The first seminar was in the Birmingham Civil Rights district. It included a trip to the Birmingham Civil Rights Institute. The group also visited Kelly Ingram Park, and the historic Sixteenth Baptist Church. Participants learned that during the 1970s and ’80s, disability rights leaders used many of the same tactics that Black rights leaders had used in the 1950s and ’60s. Both groups were fighting for their basic civil rights.

Another important seminar took place over two days.Visiting Selma and Montgomery, Alabama, participants had a special tour of the Voting Rights Museum. A Selma native and Civil Rights activist took the group through the collections of items left over from the difficult and dangerous work of protestors who fought together for the right for African Americans to vote. The group learned about the many actions it took to finally pass the 1965 federal Voting Rights Act. YEL members heard about the violent, “Bloody Sunday” which took place earlier in 1965. On that day, protestors tried to cross the Edmund Pettus Bridge in Selma on their way to the Alabama state capitol in Montgomery.  Alabama State Troopers and other officials brutally beat the unarmed marchers who were demanding voting rights for all. This awful display of hatred and injustice created support for civil rights all around the United States and the world. It paved the way for the disability rights movement.

Beginning in 2016, the group met monthly on Saturdays for trips and seminars. We first tried forming groups of youth interested in creating action plans on a specific advocacy topic, but interest was low, so we tried another idea. Through personal and organizational connections, People First sent members and leaders to places that already included youth with disabilities in their activities. There, we learned that building family support for developing youth leadership— from transportation support to helping with scheduling—increases participation a lot. Getting beyond brochures and emails to open up channels of communication was important, too. We now encourage members to reach out to each other and build a network that feels like family. Not everyone attends every event, but those who do come feel welcome and are likely to return. Family is YEL’s greatest resource, both individually and communally.

Our seminars were put on hold due to the pandemic after February 2020, but beginning this fall we expect to go to virtual meetings until it is safe to meet again in person. Since the pandemic began, we have stayed in touch with participants and some are active members of our Birmingham-area chapters, which are meeting online and doing some outdoor events.

Recently, we learned Erech Brown, a YEL participant, has been appointed by the Southern Poverty Law Center to join a project to train voters on redistricting policies. This opportunity demonstrates what the Youth Emerging Leaders program is all about.