My Road to Self-Advocacy

Shameka Andrews is the Founder of Disability Empowered Consulting and is a Community Outreach Coordinator for the Self-Advocacy Association of New York State, in addition to her role as State Coordinator for the Ms. Wheelchair New York organization. She may be reached at disabilityempowered@gmail.com.

My self-advocacy journey began the year I graduated from college. I found out that I would not be able to go across the stage with the rest of the class because the stage was not accessible. I learned that people in wheelchairs had always received their diplomas while sitting in the audience. That seemed totally unfair to me. Luckily, I was able to speak for myself and suggested that I at least wheel up in front to the stage to get my diploma. My advocacy helped other students because the following year they moved the graduation ceremony to a different location. 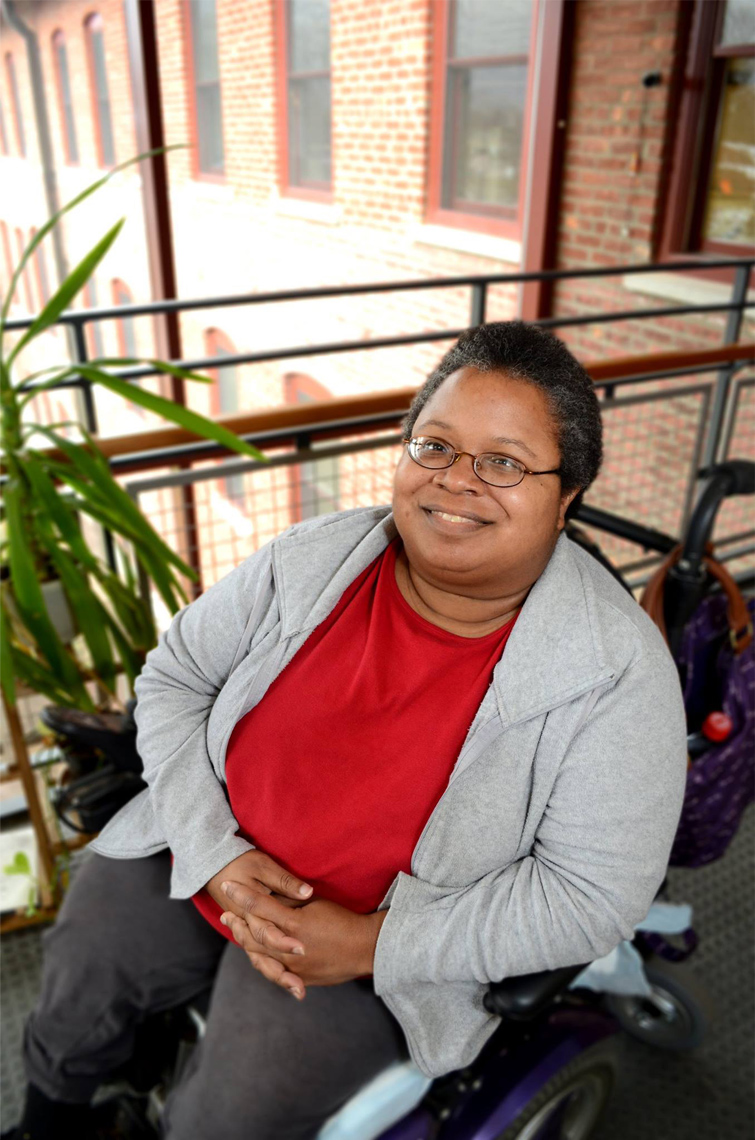 "We are all going to need help at some point, and that is ok." says Shameka Andrews.

After graduation I decided that it was time to begin the process of moving out of my mother’s house. She wasn’t exactly thrilled about it, but I knew moving out was something that I needed to do. In the end, I think it was best for both of us. The process of finding a good place to live was a long, hard road. Between waitlists, house visits, delays and lots of other obstacles, it took about five years. Those seemed like the longest five years of my life! Once I finally got through all the hurdles, I moved into a community residence in Latham, New York, with nine other people. This presented its own set of challenges, but I was glad to be living in a home where I could easily get in and out. This made me happy after living with my family in inaccessible apartments for most of my life. After living in the 10-person residence where I had my own room, I got the opportunity to move to a residence where I would have my own apartment. This took some getting used to because when I lived with my family, I lived with six people, then I moved to the residence with nine other people. I think after about two weeks of living in my own apartment I was used to it and loved it. I have lived there since 2005.

Besides being the year I moved into my own apartment, 2005 was also the beginning of my professional self-advocacy career. I participated in the Ms. Wheelchair New York competition for the first time that year. I had learned about the competition the year before from my service coordinator (that’s what they were called at the time). The Ms. Wheelchair America Competition was held in Albany in 2004 and they were looking for volunteers to help. Ms. Wheelchair America is an empowerment and advocacy program for women who use wheelchairs. It promotes disability awareness and education and celebrates the accomplishments of women who use wheelchairs. After helping out at the National Competition in 2004, I competed the following year and was 2nd runner-up. During that first time competing, I felt very uneasy. I didn’t really feel like I belonged among the others because I was a student at the time and did not have any professional experience. One of the women I was competing against had her own business and the other worked in the government. After participating in Ms. Wheelchair that first time, I got my first job working at the independent living center helping people apply for benefits.

In 2006, I again competed in Ms. Wheelchair New York and this time I won. It was a year filled with lots of emotions and hard work, but it helped me grow in my leadership in a lot of ways. I learned so much about myself and those around me. I would say the biggest thing I learned that year is the importance of asking people for and accepting help. I think often as people with disabilities we want to be independent, but what I have learned is independence doesn’t mean that you have to do everything on your own. It’s important to ask for help when you need it. The longer we are here on this earth, we are all going to need help at some point and that is OK. Asking for, and accepting help is a very important part of being a leader. Being a leader doesn’t mean that you need to know everything, get it right all the time, or have it all together all the time because no one does. Following my year as Ms. Wheelchair New York, I was offered a position with the Self-Advocacy Association of New York State AmeriCorps project, but I decided to continue volunteering for the State Program.

I would say one of the biggest highlights of my career was when the AmeriCorps team did disability awareness presentations in schools. I still remember my first presentation. We were in a school gym with 40 children between the ages of 5 and 10. After our presentation, we just ran around the gym with these kids, and I remember thinking, “I can’t believe I get paid to do this.” It was so much fun.

In 2013, the state coordinator of Ms. Wheelchair NY decided to step down and I was offered the position. My work with Ms. Wheelchair and self- advocacy continues to this day and I am glad that I have the opportunity to do a variety of different things. Doing different things can be hard, but I have learned that being a leader means you sometimes have to do things even though you feel afraid and not ready. That brings me back to asking for and accepting support. Throughout my life and career, I have built a large network of people who I trust to be there to support me when I need them.

Finally, there are a few other things that I think are important to remember about advocacy and leadership. There are all kinds of advocates and all kinds of leaders. We all have a role and there is room for all of us. That being said, part of being a leader is knowing when to step up and lead, and when to step back and make space for others.