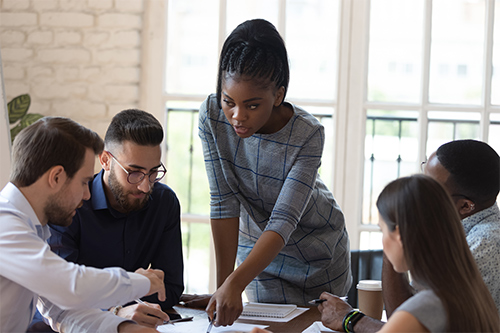 Many HCBS teams struggle to maintain the staff who work directly with people receiving services. For many reasons, it can be difficult to recruit and maintain staff working in some HCBS positions. In some cases, staff attrition becomes so high that training new staff can feel like a endless task. Teams often report that if staff members stay six months, then they feel that these people are more likely to remain in their jobs for a longer period of time. Many teams also worry about the amount of money that must be invested in training a new staff person who leaves within six months. Staff turnover is one of the biggest problems that teams encounter when implementing person-centered practices.

The following stories describe how teams have addressed staff turnover.

One organization in Minnesota adopted a training system that introduced social interaction skills to staff using applied behavior analysis. Each new staff member was introduced to a training system called the Tools of Choice that included modeling and practice sessions. After implementing this staff training for one year, the organization had saved a lot of money by reducing staff turnover. The organization used the money saved to invest in creating more trainers so that they could teach more people. Staff members who were trained stated that they felt more confident and had tools to address challenges at work. For the first few years, staff turnover continued to drop from 40% to 70% each year.

An employment organization providing HCBS to adults in one community invested in a mentor program to support new staff. Staff with experience shared their One-Page Descriptions and invited new staff to choose a mentor with similar interests. The mentor helped staff members:

The goal was to help new staff feel supported while learning new skills.

A team supporting people in residential settings worried about the rising cost of a two-day Person-Centered Thinking training for new staff in the first three months on the job. The team decided that for the first few months, the team would introduce new staff to person-centered and positive support practices using a less-intensive training built into overall staff training. After their first six months on the job, the team sends each employee an invitation to attend the two-day person-centered thinking training as recognition of their status within the organization. The team's goal is to train staff effectively employing a number of strategies while using resources wisely.