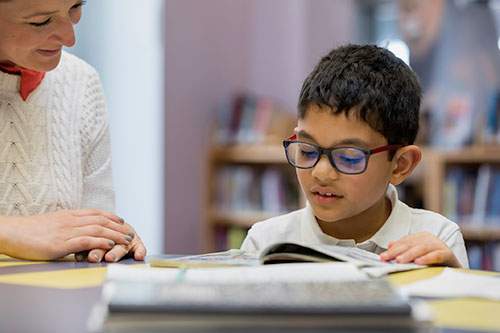 What are the research findings on who should use this accommodation? Human read aloud may benefit some elementary or secondary students with disabilities (Flowers et al., 2011), including some students with learning disabilities (Calhoon et al., 2000; Fletcher, 2006; 2009; Kappel, 2002), dyslexia (Fletcher, 2006; 2009), visual impairments including blindness (Barton, 2001), and deaf/hard-of-hearing (Cawthon, 2008) whose disabilities impact their skills in decoding text, language processing, or accessing text across different academic content assessments (Cawthon, 2008; Fincher, 2013).

Research on human read aloud summarized here is also available in NCEO’s searchable Accommodations for Students with Disabilities Bibliography (https://nceo.info/Resources/bibliographies) and in NCEO syntheses of research from 1999 through 2018 (see summaries for: 1999-2001